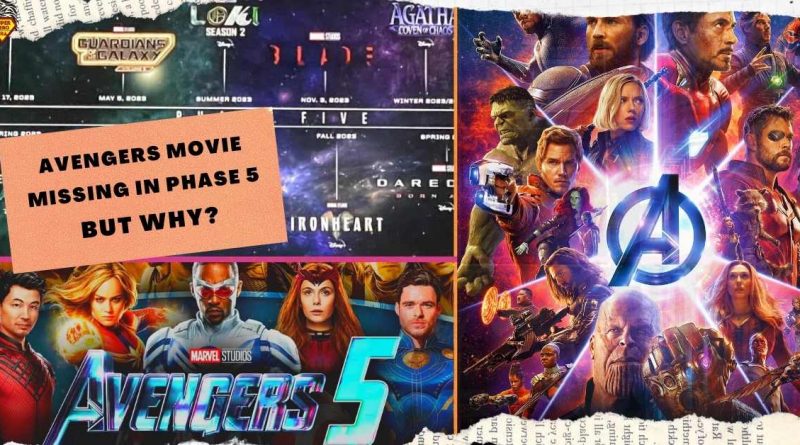 Avengers movie absent in the next MCU phase as marvel proceeds towards the multiverse saga.

The San Diego Comic-Con 2022 was always going to be a cauldron of hot breaking news, and it isn’t any different this time.

The latest news from Hall H featuring the Marvel panel is that there will be no Avengers movie in MCU Phase 5.

We can hear the moans and groans from the Avengers fan as the reaction was replicated after Phase 4 as well. Marvel going back-to-back with no Avengers is not just new for the fans but also for the studio too.

There is a method behind the madness, though, as Marvel Studios expands its roster of superheroes by delving into each character with a stand-alone movie or a TV show and building up for the Multiverse Saga.

The cinematic transformation of comic characters into movie franchises creates a seamless experience for the fans across all the releases. The omnichannel content development strategy of having the fans as the core of each story and character arc has bear fruits for the studio.

Avengers is and always will be the biggest selling product for Marvel Studios, and they do not have it for two phases, which is indicative of their new approach.

While some of you may appreciate the development, there is still a massive fanbase for just the Avengers who demand an answer to the lack of an avenger movie in MCU Phase 5.

Fortunately, Marvel President Kevin Feige touched on this query for the fans, so let’s see what Kevin had to say.

All Sub-Contents hide
1 AVENGERS MOVIE: END OF SAGA IS NOT A PHASE
1.1 RECOMMENED:-Where’s The X-Men In MCU Phases 4-6?! Will Phase 7 Be The Mutants Saga?
2 DOES MCU PHASE 5 NEED AN AVENGERS MOVIE?
3 HOW LONG BEFORE THE NEXT AVENGERS MOVIE?
4 CONCLUSION

AVENGERS MOVIE: END OF SAGA IS NOT A PHASE

Well, I think we learn something from every project we do. But as we were laying out and even three years ago, here, laying out Phase Four, which we didn’t lay out all of but most of. You know, we realized that it’s very different than Phase One, Two, and Three. That there are more projects and less years, and therefore, it didn’t seem right to culminate, you know, we’re not going to culminate every ten months in an Avengers movie.

The point of note from Kevin s’ statement was the more projects with less time for development. As a creator, it would be difficult to establish a character and introduce them into a multiverse saga. The focus is on quality over quantity.

Kevin also spoke about the Avengers as a completion of the saga, not a phase:

Each of the films has become quite big and are crossover events in many ways. And after the creative experience we had with Infinity War and Endgame, it felt like it was about capping a saga. Saving back-to-back Avengers films for the completion of a saga. And that’s really what we wanted to lay out today.”

The MCU phase 4 received flak over a perceived lack of direction or unifying, overarching theme. This new plan of action is laying the path for future MCU movies by taking time in character development over instant gratification as it used to be.

RECOMMENED:-Where’s The X-Men In MCU Phases 4-6?! Will Phase 7 Be The Mutants Saga?

The MCU phase 4 began with WandaVision and will end with Black Panther: Wakanda Forever on 11th November 2022. Comic-Con 2022 announced the slate for MCU phase 5, which looks like this:

MCU Phase 5 spans from February 2023 to July 2024, with 12 titles coming out, which makes it the second biggest phase after Phase 4, which had 15 titles in one year.If we closely look at the release titles of MCU phase 5, there is simply no slot or time for an Avengers Movie.

The cutting down of titles from the last phase is again a hint of having smaller crossovers between the titles rather than an Avengers return every “10 months”. Kevin also echoed his thoughts in an interview with MTV News:

It’s never about going bigger to go bigger. Sometimes by the nature of the number of characters that you have in the toybox to then bring into the sandbox of the story, things can get bigger.

We saw an implication of this approach in the recently concluded Ms. Marvel, wherein Captain Marvel, in the post-credit scene, joins Kamala’s world by switching places with the Nega bands.

A subtle inclination of X-men was also thrown in as Kamala was told about her mutated genes with the 97 X-men theme playing in the background.

The criticism of Phase 4 has alerted Marvel studios into changing their course with a pivot towards the pledge and the turn while building towards an Avengers as the prestige.

HOW LONG BEFORE THE NEXT AVENGERS MOVIE?

It’s not all doom and gloom for Avengers fans as Hall H in Comic-Con 2022 revealed successive movies, set to release in MCU Phase 6; check out below:

After Thanos (Josh Brolin) and the Infinity Stones defined the first three phases of the MCU, dubbed the Infinity Saga, the Multiverse Saga spans Phases 4, 5, and 6.

The expansion of the Multiverse saga began with the Disney+ series Loki followed by blockbuster Spider-Man: No Way Home and Doctor Strange in the Multiverse of Madness.

Marvel’s Multiverse Saga will finish in a showdown with the timelord Kang the Conqueror (Jonathan Majors) in The Kang Dynasty and Avengers: Secret Wars.

Marvel President Kevin Feig explained the setup for the next Avengers as he spoke to MTV News and said:

It felt like, certainly after Infinity War and Endgame, that we thought Avengers movies aren’t cappers,” Feige explained. “So many of our movies now — Multiverse of Madness, what you’re about to see in [Ant-Man and the Wasp] Quantumania, all our big team-up films introducing significant parts of the mythology — [we thought] that Avengers films really should be the capper to a saga. Which is what really all we wanted to lay the groundwork [at Comic-Con] is say, ‘We are currently in the midst of the Multiverse Saga, which will culminate in two Avengers films.

Marvel Studios’ new road map demands time, even if the general cliché would be to get impatient, but indirectly, Kevin is telling the MCU fans to enjoy the ride rather than waiting for it to end.

Yes, there will be no Avengers till 2025, but as an MCU fan, the least we can do is to let the characters grow and develop into their own before they enter the Multiverse saga. 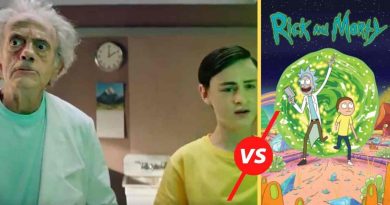 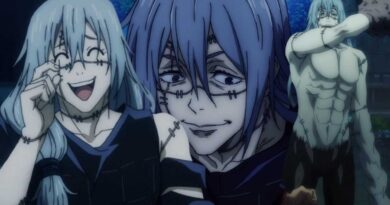 Birdie Wing: Golf Girl’s Story Season 2 might not be in full swing! Sports and anime have a long history