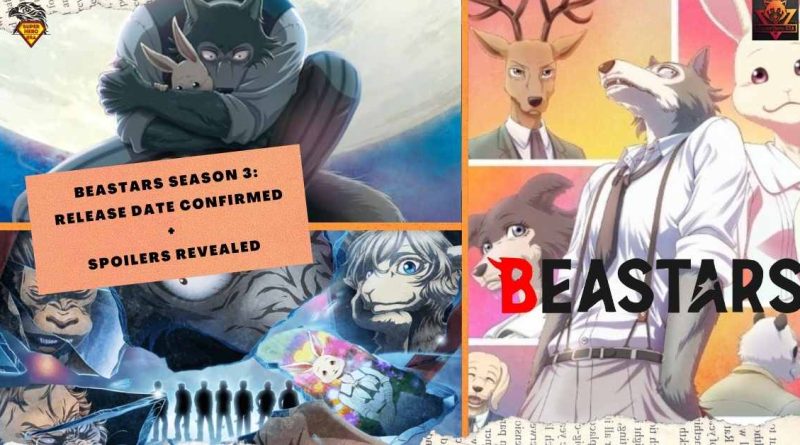 Beastars season 3 will be the final season of the series!

Every so often, you will discover a series in a medium that you’ll love so much that it doesn’t fit the norm which has been laid out before you.

You admit it doesn’t feel like it belongs here, but at the same time, you know it does because it’ll carve its unique path in the sand for others to follow. Beastars that at surface level, people will make their jabs at for its animal characters being furry bait but is one of a kind experience.

Beastars is a coming-of-age drama series based on the manga by Paru Itagaki and anime adapted by Studio orange.

The premise is set in an anthropomorphic world that, like real life, is home to both carnivores and herbivores. Nature s’ law states that both sections are sworn enemies of each other, resulting in a cultural divide.

The plot follows Legoshi, a quite unassuming grey wolf studying in the Cherryton Academy which houses several other predator students. Legoshi is good friends with a Labrador called Jack and works as a stagehand for the School s’ drama club led by Louis, the red deer.

In unforeseen circumstances, Tem, an Alpaca, is killed, which creates a further rift between the two as Leogshi is seen as both an object of fear and suspicion.

Legoshi meets Haru, a white dwarf rabbit, and immediately falls in love, but Haru has a crush on Louis.

The show’s central theme progresses with a growing sense of insecurity in the School as Legoshi struggles to fight his natural instincts to love Haru and contemplate the death of his friend, Tem.

Beastars has successfully run for two seasons as Netflix seems to find viewers enjoying their anthropomorphic content more and more.

The idea of predators resisting their instincts to feast on the herbivores coupled with a real-life take on society has already been done in movies like Zootopia and anime such as Brand New Animal.

However, Beastars takes it to another level with unique characters and storytelling, so much so that fans were already demanding the fourth season. Fortunately, there is some good news on that front, so Beastars fans keep scrolling to learn more about Beastars season 3.

WHAT IS THE BEASTARS SEASON 3 RELEASE DATE?

Unfortunately, neither Netflix nor Orange studios confirmed the premiere date for the third season and also are yet to release the Beastars season 3 trailer.

The first two seasons were promptly renewed, but due to the pandemic, production had to be postponed hence the three-year gap between seasons two and three.

Looking at the release schedule of the past two seasons, we can expect the first episode of Beastars season 3 to drop in the winter 2024 slot. Although if the creators break the convention of late season release, an early 2024 premier is also possible.

Once we have an official confirmation on the Beastars season 3 trailer, episode count, and release date, we will update the section accordingly.

Beastars manga is written and illustrated by Paru Itagaki, it began serialization in Weekly Shonen Champion Magazine on 8th September 2016. The manga has been collected into 22 volumes, with the latest issue being on 8th January 2021.

It comes as no surprise as Paru s’ Beastars manga achieved this incredible milestone as writing mangas runs through his family. His father, Keisuke Itagaki, is the author of Baki The Grappler, which got its anime adaption and was also streaming on Netflix.

In the final episode of Beastars season 2, “The Taste of Rebellion,” we see Ibuki threaten Louis to kill him or suffer the consequences and get killed.

Despite the ultimatum, out of nowhere, Ibuki is shot to death, revealing that Free is the one who pulled the trigger.

Free explains to Louis how Ibuki had already told him to kill him if he gets outs of control. Louis also gets told off by Free to never return to the Black market else; Ibuki s’ death would mean nothing.

Legoshi is to his bare bones against Riz and faces defeat, but Louis offers his right foot, which restores Legoshi s energy to fight Riz once again. Pina now free calls the cops while Riz gives up and accepts defeat by announcing Legoshi as the winner.

As the clock strikes midnight and the new year comes in, Riz feels he has more understanding of Legoshi. Both are jailed, but Legoshi is bailed early as Louis recovers from his injuries.

In the final moments of the episode, we see Legoshi expressing his wish to drop off School to Haru. But she is ambivalent about his idea and suggests rethinking else she will find a new boyfriend.

The second season ended on Chapter 99 from the 12th volume of the manga, which leaves us with ten volumes and 96 chapters as source material.

Chapter 100 to 123 covers the Interspecies Relations Arc, which in itself is very short and isn’t sufficient to demand 13 episodes. Contrastingly, Chapter 124 to 196 covers the final arc of the series, i.e., Revenge of the Love Failure, which is way too long to be squeezed into one season.

Since Netflix announced Beastars season 3 as the final season, it’s improbable that 12 episodes will cover the remaining story. Hence, the final season will need two cours to wrap up the story properly.

Either way, Beastars season 3 will pick up the story from where the second season left off. With now a criminal record against his name, Legoshi is scraped away into a hidden condo near Black Market, where he meets his neighbor Seven, a sheep who has a traumatic past after working in a carnivore sportswear company.

We will also see new characters such as Legoshi s’ mother Leano and grandfather Gosha, a Komodo dragon.

A new case arises when half gazelle half leopard Beastars called Melon is out masquerading as a therapist and selling elephant tusks for money. Melon tries to hide his carnivore features by covering up his leopard spots and teeth to act as a herbivore.

Due to old age, Yahya isn’t capable of catching Melon, so he enlists Legoshi to catch him.

Beastars is directed by Shinichi Matsumi and scripted by Nanami Higuchi. Nao Ootsu designs characters, and music is composed by Satoru Kousaki. Animation is developed by Orange Studios.

You can find the list of Beastars characters and voice cast below:

Whether you are a Herbivore or Carnivore, there is no doubt THAT excitement is building up for the Beastars Final season. 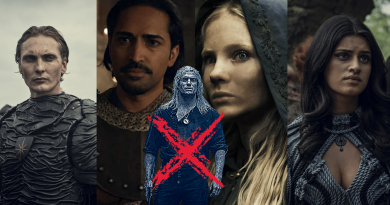