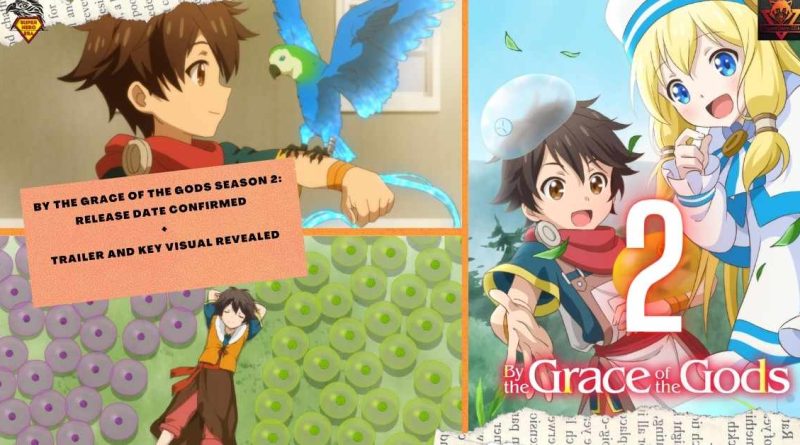 By the Grace of the Gods Season 2 looked unlikely, but it’s finally here!

Isekai animes, with all their tropes, are indeed one of the most-watched genres in recent times. Strangely enough, we have seen the involvement of slimes in series like That Time I got Reincarnated as a Slime, and I’ve Been Killing Slimes for 300 Years, and Maxed Out My Level featuring it as main plotlines.

So, it was only time when back in 2020, another slime isekai entry was made with the anime adaption of Roy s’ light novel series, By the Grace of the Gods.

The story follows a salaryman Ryoma Takebayashi who leads an uneventful life with his job taking most of his time, wherein he gets abused regularly by his superiors.

Things take a drastic turn in Ryoma s’ life when he dies during sleep and, in his afterlife, meets the Gods of Love, Creation, and life.

They explain an alternate fantasy world is running out of magic, and if he is reincarnated into this new earth, a magical supplying bridge can be formed.

Ryoma is reincarnated into 11 years old and is given powerful magical abilities coupled with his raw physical strength built through his previous life.

Fast forward three years, Ryoma is a forest dweller who lives in solitude but has the mentality of a child. He spends his day raising and training slimes for different tasks involving battle, cleaning, and crafting.

Things switch up one day when he meets a group of wounded travellers, and being the good samaritan Ryoma, and he helps them, who turn out to be the Jamil noble family of monster tamers.

The youngest daughter Eliaria Jamil is trying to register at the city tamer guild, and on the way, Ryoma helps Eliaria train her very first slime.

The once boring life Ryoma is filled with magic and Nobel girl, where the journey takes him beyond the realms of the forest is the central plot of the show.

By the Grace of the Gods season one had mixed reception, with many critics making the obvious comparison to That Time I Got Reincarnated as a Slime.

The series’ slow pacing was also another issue, with several episodes spent in the usual tropes and cliches involved in most isekai series.

Despite the lack of plot progression, By the Grace of the Gods had its takers who were wondering whether a second installment was on the cards or not.

Luckily, there is good news on that front, so keep scrolling to find out more about the latest news and updates about By the Grace of the Gods season 2.

WHAT IS THE BY THE GRACE OF THE GODS SEASON 2 RELEASE DATE?

The tweet didn’t reveal By the Grace of the Gods Season 2 trailer but released a key visual for the new season. Check out below:

BY THE GRACE OF THE GODS LIGHT NOVEL AND MANGA CATCHUP

By the Grace of the Gods light novel is written by Roy and illustrated by Ririnra. It began serialization in Shōsetsuka ni Narō since January 2014. Hobby Japan acquired the series in 2015 and began publishing inHJ Novels imprint. The light novel is collected into 12 volumes, with the latest issue released on 18th November 2022.

By the Grace of the Gods manga is written by Roy and illustrated by Ranran. It began serialization in the Manga Up website since 29th November 2017. The manga has been collected into 9 volumes, with the latest issue released on 7th September 2022.

BY THE GRACE OF THE GODS SEASON 2 PLOT

In the final episode of By the Grace of the Gods season 1, “The Beginning of a New Era, with the Slimes” Eliaria and Roma tame the returning limur birds, which include the Nightmare and Phantom Limur Bird as well.

A banquet is hosted by the Jamil estate to celebrate the pair s’ success before they bid farewell and depart their own ways. Eliaria and Ryoma vow to keep in touch and meet each other in three years.

The episode ends with the Gods feeling satisfied with choosing Ryoma as they look forward to his future adventures.

After leaving the duke s’ family, Ryoma begins his new life wherein his first problem occurs at a laundromat which he solves by installing security equipment at the store.

Ryoma s’ solo trip has increased his finances, and he opens up a new slime laundry shop. A letter from Eliaria arrives, informing the upcoming founding festival for which he decides to open a stall selling drinks and food.

The much-awaited renewal with the Duke s’ family will also happen in By the Grace of the Gods season 2, wherein Ryoma is asked to assist with a wedding.

BY THE GRACE OF THE GODS CAST, CHARACTER, AND CREW

By the Grace of the Gods, the anime is directed by Yuki Yanase and scripted by Kazuya Fudeyasu. Characters and animation are produced by Kaho Deguchi, while the music is composed by Hiroaki Tsutsumi.

You can find the list of By the Grace of the Gods characters and voice cast below:

Ryoma and his slime s’ journey will continue in By the Grace of the Gods Season 2. 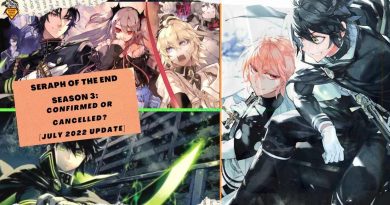 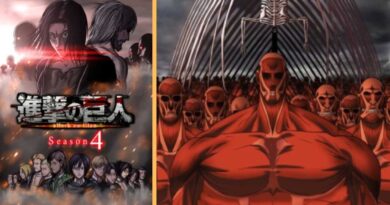