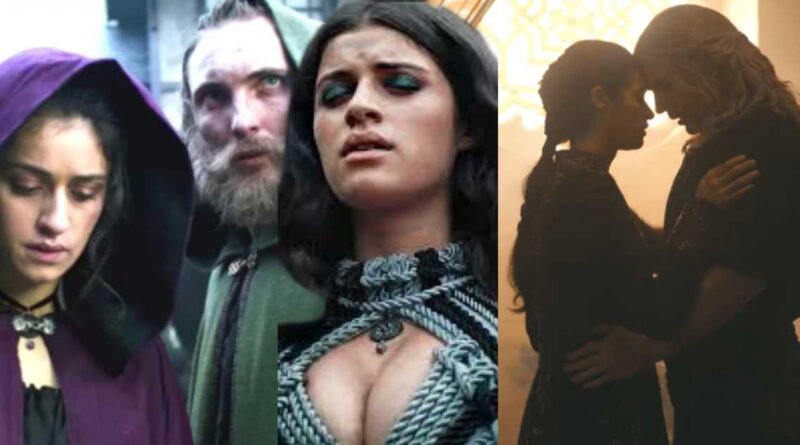 The Witcher fans love the appearance of Yennefer, and in the witcher season 3, they would like to witness more of Yennefer’s relationship.

The Witcher Series on Netflix is based on the Witcher books by Andrzej Sapkowski and the witcher video games. The series was released on Netflix in the year 2019, which entails the adventures of Geralt of Rivia (Henry Cavill), a monster hunter, Yennefer of Vengerberg (Anya Chalotra), a powerful sorcerer, and Princess Cirilla of Cintra, Ciri (Freya Allan), a child with elder blood has the potential to end the whole world.

The Witcher Season 2 was released after the wait of 2 long years in 2021 because of the global pandemic. It picks up from the point when Yennefer used all her powers to end the battle of Sodden. Everyone is looking for Yennefer and thinking about if she is alive or not?

The Witcher Season 2 includes the journey of Geralt, the Witcher, Yennefer, and Ciri coming together to fight the dangers of the world. In between their journey, each of them faces a lot of challenges. Before Yennefer meets with the witcher, Geralt, she goes through a lot of adversities.

In Season 2 of the Witcher, Yennefer actress Anya Chalotra has to come out of her comfort zone as a lot has happened at the end of season 1. Yennefer, in the witcher season 2, lost her powers of magic and struggled to live without it, and it became really difficult for her as she has never been without her chaos.

The new situations Yennefer face makes her desperate to make decisions that might put her against those who are at her side as she decides to sacrifice Ciri to get her magic back, which makes her look bad in the eyes of Geralt, the witcher. The chemistry of Yennefer and Geralt, the witcher, is shown in season 1, where both of them are loving and hurting each other, but it is one of the romantic relationships of the series.

In Season 2, when Yennefer and the Witcher, Geralt, finally meet, it sure was an emotional and touching moment of the show. But then Yennefer betrays Geralt, trying to lure Ciri to sacrifice her as a bargain of her magic. Yennefer and Geralt’s relationship is one of the important ones, but it isn’t the only relationship Yennefer got herself into.

Apart from Yennefer & Geralt, the witcher fans are interested in another relationship with Yennefer and want to see more of it in the witcher season 3.

Netflix’s Witcher Series is full of complex characters who live their lives in shades of gray. One of these characters is Cahir, a knight of the Nilfgaard Empire, played by Eamon Farren. In season 1, Cahir acted as an antagonist who went to great extremes to find Princess Cirilla.

However, the Witcher Season 2 explored a different angle of this character. Cahir becomes the only person who can free Yennefer from the hands of political wars. Yennefer used Cahir to free herself, and the witcher fans, particularly on Reddit, couldn’t help but notice their chemistry.

A fan (u/Bliss-Smith) posted, “The idea that he might join in with the group in some way is one of the more intriguing ideas for the next season or 2, and a huge part of that is how he and Yen got along. I love that she saved him (both with the axe and telling him to get on the horse). I loved how he tried to get her back on the boat when she went looking after Jaskier.”

One of the major themes of the Witcher Series is ‘Found Family.’ The Witcher, Great finds Ciri, who is his child surprise, and he takes care of her throughout the season; he even risks fighting his own kind to keep her safe. This care proves that the family doesn’t need blood relations.

Another fan (u/YekaHun) agreed to the fact that Cahir and Yennefer’s relationship can be more and posted, “They were GREAT together! As you said, great chemistry, no personal space, lmao, Yen was the boss, Cahir showed his human side.”

However, the chemistry between Cahir and Yennefer doesn’t prove that they have a romantic relationship. Many of the fans agreed on the thought and stated that Yennefer and Cahir’s relationship or bond, per se, is more likely the ‘Family Found.’

Although it is hard to deny the fact that there is interesting chemistry between Yennefer, a mage, and Cahir, a knight, but the viewers don’t like to jeopardize the romantic expectations of Yennefer with Geralt, the witcher.

Cahir’s character in the witcher season 2 does portray a lot of genuine growth, which results in showcasing the fact that he does and can care for other people. Although, at the end of season 2, it showed that Cahir is stuck with Fringilla for the time being, and they both are in the grips of the White Flame, Emperor of Nilfgaard. For the Witcher Season 3, the fans can only hope that Yennefer and Geralt will come on good terms. 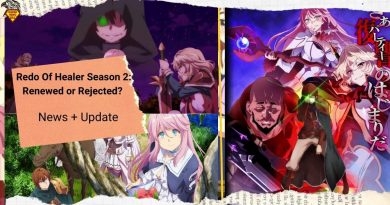