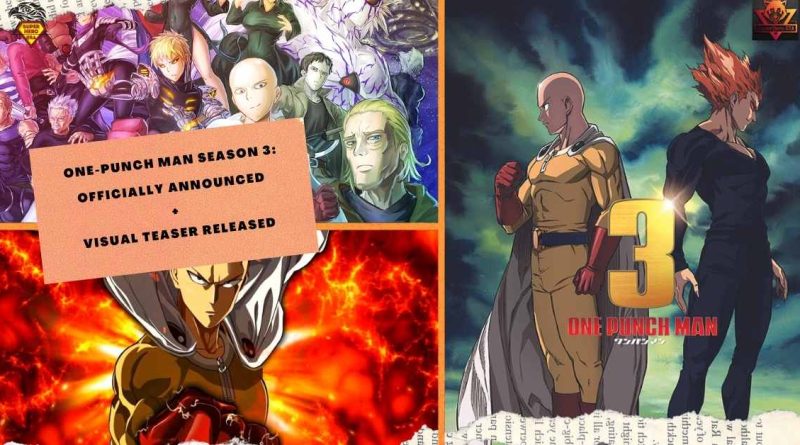 If you are reading the title thinking it was clickbait, we highly suggest your read it again and blink twice as, in one way or another, One-Punch Man season 3 is finally here.

Fortunately, unlike the second season, this time we didn’t have to wait for four years as One-Punch Man season 3 has got renewal announcement in just twenty-four months.

One Punch man is an action-comedy anime based on the manga written by One. The story is about a quiet and unassuming Saitama who has trained for three years to fulfill his dream of becoming a superhero.

Saitama s’ training has made him immeasurably powerful as he can defeat anyone with a single punch. He uses his powers for good as Earth is ravaged by villains and monsters who have cant beat him.

The only regret Saitama faces is the lack of powerful opponents who can challenge him to death.

During a fight, Saitama meets a cyborg called Genos, who admires his power and seeks apprenticeship under him. Saitama agrees, and the two join the Hero Association, which certifies heroes and their acts to save humanity.

Can the One Punch meet his most formidable adversary and get back the thrill he once had battling; is the central plot of the show.

Before the announcement, numerous unconfirmed sources and aggregators were putting out information on One-Punch Man season 3. Even illustrator Yusuke Murata tweeted, “We have a big announcement,” a day before the teaser dropped.

Well, looks like they were indeed not false as finally received the first look in the form of a visual teaser for the upcoming season.

Are you excited about the return of the strongest superhero? If you are, keep scrolling to learn more about the latest details and updates for One-Punch Man season 3.

WHAT IS THE ONE-PUNCH MAN SEASON 3 RELEASE DATE?

On 18th August 2022, the official Twitter account of One Punch Man released a visual teaser drawn by Oath Kubota and confirmed the third season had started.

The tweet didn’t update the One-Punch Man season 3 release date. Although if we were to guess, the third season could premier anywhere between April 2023 to October 2023.

The interesting question from the tweet is that production has started, but we still don’t know which studio will be responsible for the animation.

WHO WILL ANIMATE ONE-PUNCH MAN SEASON 3?

A credible leaker on Twitter mentioned that the anime would go through a change in the studio, so it won’t be JC staff who did the previous season of one punch man. Many people were happy about this because the animation for One-Punch man season 2 wasn’t the best.

Let’s look at some possible studios that could be developing the third season.

One Punch Man season one was adapted by Madhouse, who did a fantastic job introducing the anime and producing some of the show’s best action sequences.

While most fans would like Madhouse to return, sadly, they won’t be returning. Over the years, Madhouse has stopped doing shonen projects, as the rumors say it’s because a lot of their workers left the studio.

The first season of one punch man looked so good because the staff at Madhouse was stacked; however, interviews were floating around about the staff being overworked and underpaid, thus leaving the studio.

The feats of season one were just too great, and when we saw season two come out, a lot of people were just upset with the animation quality by JC staff.

This brings us to our first candidate, which is studio bones. Studio bones are one of the best anime studios today as they’ve made animes like full metal Alchemist Brotherhood, My Hero Academia, Soul eater, and Mob psycho.

Bones is highly experienced in developing fighting and action sequences that have captivated many fans. Even if you look at Reddit threads and online discussions, the popular choice is Studio Bones.

The second choice would be pretty obvious and well thought of in Mappa. There is not much to say about one of the best studios that have developed shows like Attack on Titans, Vinland Saga, Hell s’ Paradise, Jujutsu Kaisen, etc.

On top of that, they will also be involved in one of the year’s most anticipated shows, i.e., Chainsaw Man. There is no doubt that Mappa would love to add another feather in their cap with One Punch Man, which is another mainstream shonen anime.

Other alternatives include Silverlink’s, A1 pictures, and Witz studio who would be looking into having a franchise show.

One-Punch Man manga is written by One and illustrated by Yusuke Murata. It began serialization Tonari no Young Jump in 2012.

According to Yusuke Murata, the manga will be on a month-long hiatus before returning with a new arc.

The first season covered seven volumes of the manga, while One-Punch season 2 took another ten volumes leaving behind nine as source material for the third season.

If the new studio remains faithful to the source material, we can expect One Punch Man season three to open from chapter 86 of the manga.

Popular belief suggests that the third season’s finale will climax with a fight between Saitama and Orochi. Volume 24 covers the Saitama-Orochi fight, which was released in April; hence it would be a good place to end the third season with Monster King being taken down.

Many fans are hoping that Season 3 will cover the Monster Association Arc, the largest Arc in the manga. The Arc covers chapters 78 to 169, which could be possible if the anime runs for a 24-episode season.

Either way, One Punch Man season 3 has many battles awaiting, and it’s really important the studio takes its time to flourish all the details ideally.

RECOMMENDED:-AESTHETICA OF A ROGUE HERO SEASON 2: WILL IT EVER HAPPEN? [JULY 2022 UPDATE]

There is no news on the crew of the One Punch Man season 3. We will update this section accordingly if and when the showrunners make it official.

You can find the One-Punch man characters and voice cast below:

The Caped Baldy is marking his return, and the excitement to see his punch again is building up. 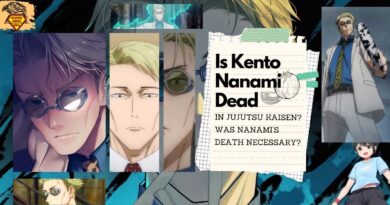