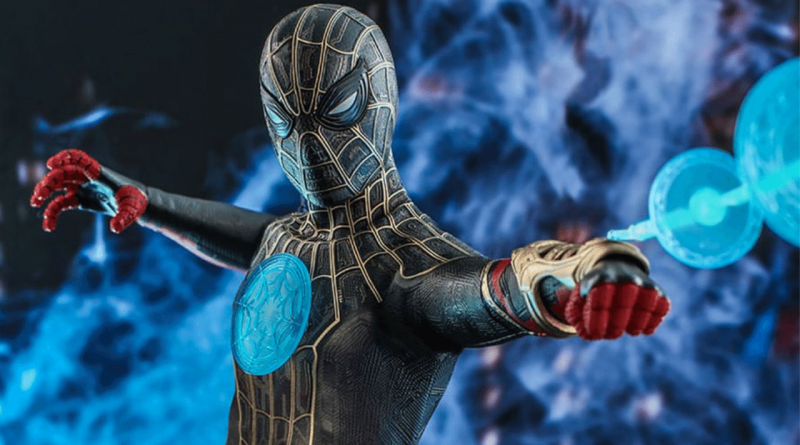 Recently, Hot toys disclosed a new figure for Spider man no way home, teasing fans with a new Spider man suit with Doctor Strange style web powers for Peter Parker. With Spiderman 3, Tom Holland will reprise his role titular Web Slinger superhero. It will be the 3rd volume of the Spiderman movies in the Marvel Cinematic Universe franchise.

The cast of Spider man no way home will have Jacob Batalon, Zendaya, Marisa Tomei, Hannibal Buress, Tony Revolori, JB Smoove and Angourie rice alongside Tom Holland’s Peter Parker. Spider man 3 will also feature Benedict Cumberbatch’s Doctor Strange, who will be taking over the role of Peter’s mentor after the death of Tony Stark.

What adventures will Spider Man 3 bring?

The plot of the movie is still unconfirmed for a significant part. Still, it is revealed that Spider man no way home will see the comeback of Jamie Foxx’s villainous Electro from Sony’s The Amazing Spiderman franchise and Alfred Molina’s Otto Octavius, also known as Doctor Octopus from Sam Raimi’s Spiderman trilogy after his character’s demise in a solo movie.

Marvel Studios and Sony have successfully managed to keep the plot of Spider man no way home hidden, but recently one new interesting detail has risen. Hot Toys has just revealed a new figure for Spider man no way home featuring one of the new Spiderman suits from the upcoming film, and that’s huge as only six months are left for Spiderman 3’s highly anticipated release.

The newly revealed Spiderman suit is currently being called the black and gold suit. The fresh images of the new Spiderman figure show spiderman’s new web powers that look similar to those of Doctor Strange’s magic. If you haven’t seen the figure yet, you can check it out on the official Instagram page of hot toys.

Even though MCU is known for keeping the details of their projects hidden, the level of mysteriousness for Spiderman no way home has been greater than most Marvel Cinematic Universe projects. Marvel Studios has still not officially confirmed the return of Molina or Foxx and that’s despite the stars and co-stars themselves ensuring their return many times.

From the reported discussions for Tobey Maguire and Andrew Garfield returning as their Spiderman iterations for Spiderman no way home and speculations of the MCU and Sony picture universe of Marvel characters crossing over Tom Hardy’s venom appearing in Spider man 3 or Tom Holland making an appearance in Venom 2, all these theories and speculations have made the upcoming film one of the most mysterious and anticipated projects of the franchise.

As of now, Spiderman fans are waiting for a trailer for the upcoming film. Every theory and new detail revealed gives fans a glimpse into what’s to come with Spider man no way home. For some time, it has been confirmed that Benedict Cumberbatch’s Doctor Strange would make an appearance in Spider man no way home. However, the newly unveiled figure For Spiderman 3 offers fans a look at the brand new Spider man suit with Doctor Strange style web power is enough to give rise to numerous theories and speculations.

With Doctor Strange appearing in Spiderman 3, it will be most likely to help Peter Parker defeat the multiple villains of the film. It would make sense if Doctor Strange helps him design a new suit to fight the potential multiverse madness extended to the movie itself and the franchise’s future. Spider man no way home is all set to hit the cinemas on December 17, 2021, and hopefully, everything will be revealed then. 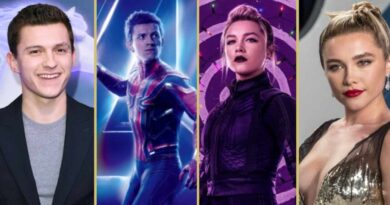 Why Lesbian Plotline for ‘Friends’ Censored in China