If you’re a gay single in the London, where do you go to look for potential partners?’ Your local LGBT-friendly bar? Or a gay nightclub recommended by friends? A much better suggestion would be to join a digital dating service. Joining one of these outlets would give you access to a treasure trove of talent! If you’re looking for gay singles from London, you’ll come across countless profiles of eligible guys from the capital. Check out the online recommendation for the best of these digital dating platforms. You’ll soon be flirting and arranging your first date. As you get acquainted, how about some suggested TV shows to enjoy together?

Developed by Mark Gatiss, a comedian and screenwriter behind the cult series League of Gentlemen, Dr Who, and Sherlock, this was first launched on UK screens in 2017. This coincided with the 50th anniversary of the Sexual Offences Act 1967, which effectively decriminalised gay sexual relationships which had previously been illegal. This would be an excellent way of bringing you and your partner together, celebrating this landmark moment in British history. Queers consists of eight episodes, each comprising poignant monologues delivered by a key character during particular years, from 1917 to 2016.

Written by Welsh screenplay wizard, Russell T Davies (the man responsible for revamping the popular fantasy series Dr Who after a lengthy hiatus), this drama is grittier. Set in London, this was initially difficult for the producers to sell to TV companies given one over-arching topic the HIV/AIDS epidemic that struck the gay community in the 1980s. Its sympathetic portrayal of this emotional issue led to the series being binged more than 6.5 million times, as well as being the British TV show to accumulate the most nominations at the 2022 BAFTA awards.

This teen drama covers many issues relevant to its younger demographic, such as depression, eating disorders, drug abuse, bullying, and sexual identity. With storylines that are unflinching in their portrayal of real dilemmas facing Millennials and Gen Z’ers, the LGBT-friendly plots will captivate you when you watch as part of a gay date night. Some of the characters struggle with their sexuality, while others are defiant and openly out and proud – Maxxie, played by Mitch Hewer, is passionate about dancing, lighting up the screen with verve whenever he is featured.

This long-running soap may be set in a relatively tranquil Yorkshire village, but its storylines have included everything from plane crash disasters to tangled love triangles. It has consistently been acclaimed for its inclusivity, with many LGBT characters featured. Some of them, such as Aaron (Danny Miller) have struggled with their sexuality, only to blossom into fearless gay icons after coming out. Others, including Ethan (Emile John) wear their true identity on their sleeves, although this has led to the trainee barrister being a victim of ‘gay bashing’ bullies.

Released at the Millennium, you must track down re-runs of this iconic gay TV series, also created by Russell T Davies. Set in Manchester’s Canal Street, the hub of the city’s gay scene, it’s all about the interweaving lives of three guys, Stuart (Aidan Gillen), a cocksure advertising executive, Vince (Craig Kelly) a more sensitive supermarket manager, and Charlie (Nathan), a teenage rebel. There are many entertaining storylines to keep you hooked.

British TV audiences love costume dramas, but this LGBT-friendly example is quite different to the standard fare. Starring Suranne Jones as the titular heroine, it is based on the diaries, written in code, and vividly describes 19th-century lesbian relationships. 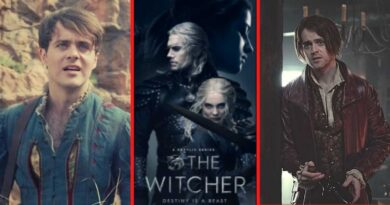 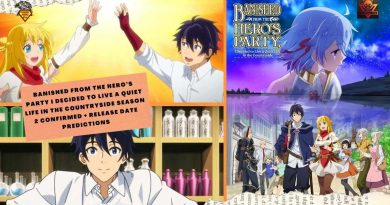 Banished From The Hero’s Party, I Decided To Live A Quiet Life In The Countryside Season 2 Confirmed + Release Date Predictions 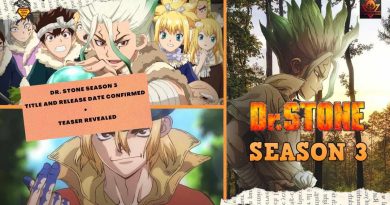