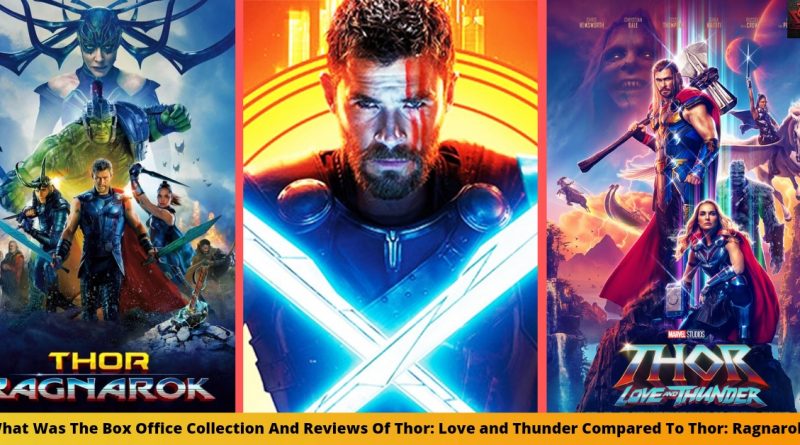 Compared to Thor: Ragnarok, Waititi’s Thor: Love and Thunder is a setback in terms of story and presentation but still performed better at the box office.

So far, Thor: Love and Thunder have been doing well for themselves at the box office, not only at home but worldwide. Even then, critics repeatedly say that the movie has not been able to reach the mark set by its predecessor Thor: Ragnarok in terms of story and presentation.

Thor: Love and Thunder is the fourth solo movie of the franchise that tells the story of the Asgardian Prince and the God of Thunder, Thor, played by Chris Hemsworth. Also, it is the second movie directed by Taika Waititi.

As for its business, the movie is going through a comfortable July and earning well. This summer has seen top performers like Doctor Strange in Multiverse of Madness, Minions: The Rise of Gru, Top Gun: Maverick, and Jurassic World Dominion.

Apart from its competition with other movies, Thor: Love and Thunder promise an upward trend in box office success for the franchise. Speaking of the trend, every Thor movie released has done better business worldwide than its predecessor. Thor: 2011 took $65 million in the opening. Since then, the business has been good.

In the story of Thor: Love and Thunder, Jane Foster, played by Natalie Portman, becomes Mighty Thor, and she aids Thor, the God of Thunder, in fighting a battle against Gorr the God Butcher, played by Christian Bale.

Like Thor: Ragnarok, the movie has loads of comedy, catchphrases, action, and character development for everyone. Some critics say Thor: Love and Thunder were less entertaining than Thor: Ragnarok.

Talking globally, Thor: Love and Thunder opened at $159 million, which was more than expected, and made a total of $302 million in the opening weekend. The business that the movie made at the box office is a firm answer for all the ‘mixed reviews’ that had made this movie the MCU’s worst Rotten Tomatoes average.

Opening Thor: Love And Thunder- The film registered around 40-45 percent occupancy even though it was a non-holiday release. At the global box office, the collection was around Rupees 24 crores in India, and it was the fifth-biggest opening day for a Hollywood movie in India.

Compared to Thor: Ragnarok- the opening of Love and Thunder was what Ragnarok made the entire weekend. The reason could be an increase in the number of Marvel fans over five years.

Thor: Love And Thunder box office collection Day 5- The movie earned Rupees 73 crores in India. So it is safe to say that the Chris Hemsworth movie is doing good business in India and worldwide.

Taika Waititi is one of the greatest filmmakers of his time who was even honored with an Oscar, and he brought a sense of charm, humor, and next-level action to the franchise. He brought Thor: Ragnarok’s business in the domestic opening at $122.7M; stateside final at $315M, and the global business was $854M.

As for the reviews of Taika Waititi’s Thor: Love and Thunder, they are not what a Marvel movie would expect to get. It has at 71% fresh on Rotten Tomatoes. Ragnarok broke records by being at 93%, and Thor: The Dark World from 2013 was at 66%.

Here are the details of Thor: Love and Thunder’s box office business in simplified form:

It seems like Eid al-Adha has been a good holiday for Thor: Love and Thunder; besides that, the weekend collection of the movie also shows some serious upward trend.

Why Are The Reviews of Thor: Love & Thunder Worse Than Thor: Ragnarok?

The first two movies of Thor, the one in 2011 and the other in 2013, had a more serious time, but when Taika Waititi entered to take charge, the movie’s tone shifted to a light-hearted yet action-packed franchise. Everyone praised Taika Waititi for highlighting the humorous part of a space Viking with a magic hammer.

Thor: Ragnarok was also praised for having a colorful visual style where fans could live the pages of comic books in a movie. It was previously unseen even in different MCU franchises.

Everything discussed above could also be seen in Thor: Love and Thunder, like the scene from a realm without color; scenes like that enabled the audience to see a world through Waititi’s vision. However, this sense of Waititi was inappropriate, and some of the audience did not want to see that again.

In 2019, Jane Foster was confirmed to return as Mighty Thor in the fourth movie of the franchise, Thor: Love and Thunder. Then fans started to speculate how the MCU would make this happen. One famous theory is that Jane will gain powers and suffer cancer like in the comics.

Fans theorized that the Aether, also known as the Reality Stone from Thor: Dark World, would be a driving force behind her condition. Even though this would have been the perfect explanation, Thor: Love and Thunder did not connect Jane Foster’s cancer to the Reality Stone. Instead changed the graph of her story entirely and, in the process, avoided the parts which could have been problematic.

Why Was Jane’s Cancer in Thor: Love and Thunder Not Related To The Aether?

In the Marvel comic books, Jane Foster was diagnosed with breast cancer even though she did not want to become magical, but when Mjolnir called her out, she followed the calling, as shown in Thor: Love and Thunder. In both comic books and movies, Jane’s mother died of cancer when she was little.

Also, in both of them, Jane’s cancer symbolized her humanity and the weaknesses attached to the human body. When the story follows the plot of Jane’s cancer-linked genetically to her mother’s, it eliminates the magic issue, which could be risky, but making it completely human means they want to play safe and avoid controversies.

Both Jane and Thor know that Jane is mortal and does not have the ability of Thor’s longevity; therefore, their relationship was ill-fated from the beginning. It was clear that long after Jane’s human years were over, Thor would still have to live more without her.

If, in any way, Jane’s cancer had been linked to the Reality Stone from Thor: Dark World, the inevitable death of Jane could be Thor’s fault partly. Because Jane’s cancer in Thor: Love and Thunder were not caused by Aether, the movie’s story got deeper and prevented Thor from developing a guilty concise.

In Thor: Love and Thunder, Jane Foster has cancer at stage 4 and is trying to find a cure with the help of Erik Selvig, but nothing works until Thor’s hammer calls for her one day. Then Jane finds the remains of Mjolnir, and it rebuilds itself, and hence, she becomes Mighty Thor.

But using Mjolnir is also draining her humanly powers to fight cancer and giving her temporary strength of Thor. In the climax of Thor: Love and Thunder, Jane dies. 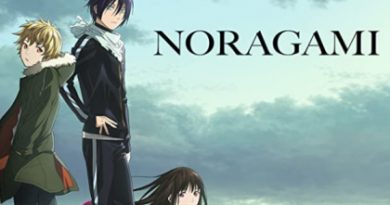 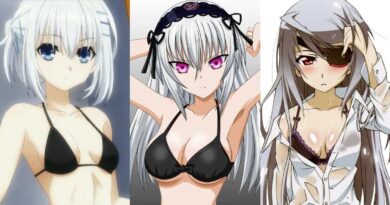