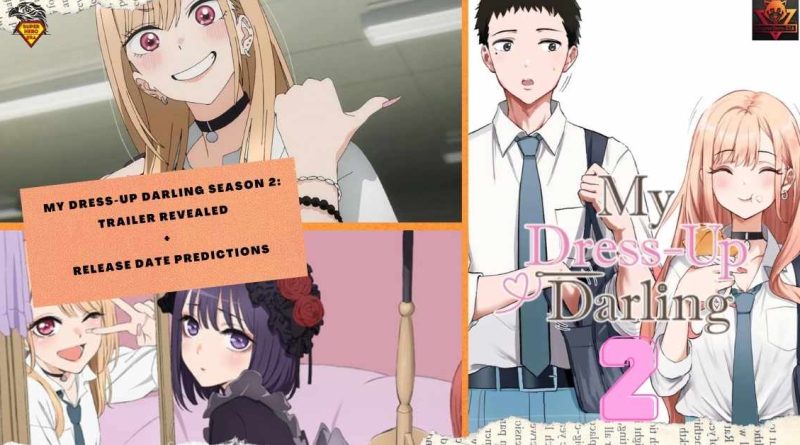 My Dress-Up Darling Season 2 gets its first look!

Rom-com-slice of life is a genre where despite over-the-top characters and stories, our real life meets the anime world with some semblance of substantiality.

Unless you kept your ear to the ground like a seismograph and listened for the screeches from the manga moles, these shows get thrown into the underrated feeling wholesome category without making it mainstream on the big screen.

However, the anime adaption of Shinichi Fukuda s’ rom-com slice-of-life manga series titled My Dress-Up Darling is different as it is cultural and captures the essence of cosplaying.

The story follows Wakana Gojo, a closed-off and shy teenage boy who works with his grandfather in his traditional Hina doll shop.

While Gojo is very passionate about the shop and doll making, he has trouble connecting with other kids his age, thanks to his bad experiences with other children when they discovered his hobbies.

One day while using a sewing machine at school, a classmate Marin Kitagawa stumbles on him. Marin Kitagawa is a bubbly extrovert who wears her hobbies and passion for cosplaying on her sleeve.

Although she isn’t skilled in making dresses, Marin is obsessed with anime and cosplay, with an infectious desire to share her hobby with everyone.

Even though Marin is out of her league, Gojo is taken in by her love for the art and agrees to help her make the cosplay of her dreams. The two become friends and decide to team up with Gojo to make the outfits while Marine is the cosplay model.

Will the two unlikely personalities with a shared interest in art become close and fall in love is the central plot of the show.

My Dress-Up Darling Season one was a relative success, with fans enjoying the detailed outlook on cosplaying and dress-making with real-life locations to capture a profound interest in the art.

WHAT IS THE MY DRESS-UP DARLING SEASON 2 RELEASE DATE?

While the announcement confirmed the series renewal for a second season, there was no update on the My Dress-Up Darling Season 2 release date.

The tweet from show s’ official Japanese Twitter account referred to the trailer s’ title as a decision to continue the series. This led to an interpretation that a sequel will not take the form of a second season, and we will most likely see a movie.

Luckily, this notion was falsified after the show s’ animation producer Shota Umehara in his tweet, referred to the renewal announcement as Niki, i.e., the second season.

Check out the renewal announcement for My Dress-Up Darling Season 2 below:

My Dress-Up Darling manga was written and illustrated by Shinichi Fukuda, and it began serialization in Young Gangan on 19th February 2018. The manga has been collected into ten volumes, with the latest issue released on 24th September 2022.

In February 2022, the manga sold 406,226 copies and was ranked #7 in Oricon’s February Top 20 by series.On 22nd September 2022, manga creator Shinichi Fukuda revealed on Twitter that the series had surpassed 7.5 million physical and digital copies in sales.

In the finale of My Dress-Up Darling Season 1, Wakana discovers that Marin s’ father won’t be attending the summer festive as she failed to complete her homework.

Both of them decided to watch a horror movie which gives Kitagawa the chills, while Wakana analyses the different costumes used in the movie.

Marin completes her homework, following which she invites him to the festival. Wakana finds Marin arriving at the festival in a yukata as the two watch the fireworks.The episode ends with Wakana falling asleep as Marin confesses her love for him.

The second season will delve into the impact of cosplay on the lives of Wakana and Marin, which they discover at an event in Ikebukuro. During this event, they come across Amane, who narrates her cosplay story, which inspires Marin s’ next costume.

While the first season ended with a romantic undertone, My Dress-Up Darling season 2 will primarily focus on the cosplay aspect of the story with a sprinkle of Wakana-Marin relationships in between.

My Dress-Up Darling anime is directed by Keisuke Shinohara and scripted by Yoriko Tomita. Characters are designed by Kazumasa Ishida, and the music is composed by Takeshi Nakatsuka. Animation is developed by the studio Cloverworks.

You can find the list of My Dress-Up Darling characters and voice cast below:

The series renewal will bring joy to the My Dress-Up Darling fans, but now all eyes will be on the premiere date, which many would wish to come sooner. 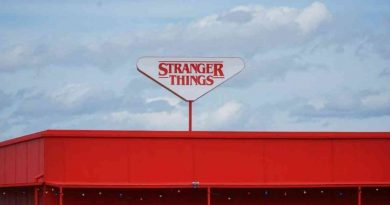 For Stranger Things Lovers: Movies Which Are Very Similar 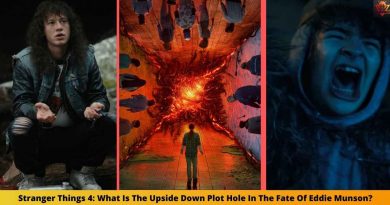