The Vampire Dies in No Time Season 2 is back with the humorous gag.

Suppose you are a fan of slapstick comedy that doesn’t necessarily have an overlying plot but follows the protagonist dying each episode trope. In that case, it’s highly likely, that the Vampire Dies in No Time must be on your list.

Based on the manga writings of Itaru Bonnoki, The Vampire Dies in No Time is comedy anime developed by studio Madhouse. The story is set in a world where inferior vampires are real and even make animals their familiars; we are exposed to different styles of vampires and monsters.

They are referred to as vampires divided, some vampires decide to live in harmony with humans while others decide to hunt and thirst for humans and blood. This is where we meet Ronaldo, the vampire hunter tasked to hunt down the invincible Vampire Draluc in the case of finding a kidnapped child.

To no surprise to us as viewers, the child was found safe and sound, he only goes to Draluc s’ castle to play video games. Draluc isn’t as invincible as he seems to be the only reason he got the set title was because of how quickly he would die, turning it into ash, and then after a few seconds, he would revive.

Misfortune strikes and Draluc s’ castle gets destroyed, resulting in him becoming homeless. Draluc finds sanction in Ronaldo’s apartment and moves in with his pet armadillo named John.

As mentioned, there isn’t a main story as each episode is unique. Still, the central theme follows Draluc and Ronaldo, now partners, teaming up in different cases to take down vampires in the area.

While the show isn’t the most popular in its genre, viewers have been impressed by the various humor gags and tropes as a result wanting for more. Madhouse has answered the call; keep scrolling to find out more.

WHAT IS THE VAMPIRE DIES IN NO THE SEASON 2 RELEASE DATE?

Currently, it’s not confirmed the running schedule for the second season, but unless there are any significant changes by the showrunners, a 12-episode run is expected.

UPDATE : On 28th Nov 2022, the show s’ official twitter account released a second trailer which confirmed the Vampire Dies in No Time release date as 9th January 2023 at 23:00 JST.

THE VAMPIRE DIES IN NO TIME SEASON 2 PLOT

In the final episode of Vampire dies in no time, season one, “Dress up for you,” we see Draluc enjoying the Halloween festivities. The unlikely roommates in Vampire Hunter and a vampire play hosts for their Halloween party.

There is no difference in guests as both Vampires and humans are invited to the celebration. On the day of the part, Draluc wakes up and wishes Ronaldo “Happy Halloween,” as he wants the day to be about creating meaningful friendship between humans and vampires.

Draluc, like his gag, dresses up as a weak sword inspired by a bad video game. Despite the resentment from Ronaldo, the part is in full swing as Draluc promises free food for his invitees.

During the party, we see many moments which reference previous episodes, such as Draluc hosting his radio show from episode 10 and Ronaldo killing Draluc with a pole that he was using for pole dancing, as appeared in episode 6.

The episode ends as Ronaldo and Draluc face off in a dance battle to decide who gets to play on the new game console. Amusingly, the duo enjoys their competition and completely forgets about winning the prize.

While the show doesn’t follow a major plot line, the second season will likely pick on from where season one left off. As we see Ronaldo and Draluc getting friendlier, it would be a good time to explain both backstories.

The first season only does state about Draluc having a family but also establishes he doesn’t have many friends. The only family member we see is Draluc s grandfather, who is glad that despite the apparent irony, his grandson is proving useful in Ronaldo s’ job.

Season two should introduce the rest of Draluc s family, such as his mother Mira, who only gets a mention. John the Armadillo is a beloved character in the series, and we can expect his side stories to continue.

We get a brief history of Ronaldo s’ past in episodes 5 and 10, where we learn about his ambitions to become a vampire hunter in high school and how he learned his craft under the great vampire hunter Vermont.Just like Draluc, it would be interesting to know Ronaldo s’ family and what history he shares with Vermont.

Also, Ronaldo s’ aversion towards celery needs an explanation as the vampire hunter s biggest fear since high school has been the green leafy vegetable. So much so that he has inspired a fragrance out of it.

The series, as in such, has no villain, but Tsujigiri Nagiri is portrayed to be the final boss, although he saves John’s life. Can the vampire and hunter duo catch him? Only time will tell.

Finally, the biggest unanswered question is also the most prominent trope of the show, i.e., why is Draluc so weak? The mystery behind the title of the series piques interest as Draluc s’ feeble nature accounts for possible theories from Ronaldo, which cite his sheltered upbringing.

THE VAMPIRE DIES IN NO TIME MANGA CATCHUP

Itaru Bonnoki is the author and illustrator behind The Vampire Die in no Time manga. It began serialization in Weekly Shonen Champion magazine on 25th June 2015. As of writing, the manga has been collected into 21 volumes, with the first issue coming out on 8th December 2015.

Like all mangakas, Itaru had to take an indefinite break in April 2021, followed by a week off in September 2021 due to health reasons.

The manga has sold over 2,5 million copies as of June 2022, and you can find the weekly sales report here.

The anime overall remains faithful to the source material as the first six episodes covered 26 chapters from the manga. The next six episodes adapted selective chapters till 113.

Following this, the creators took few liberties in adapting as a considerable number of chapters were skipped. Each episode runs with three different substories or vignettes; hence, the creators must go back and forth during the anime adaption.

RECOMMENDED:-LEGEND OF THE GALACTIC HEROES SEASON 4 CONFIRMED WITH RELEASE DATES AND TRAILER REVEALED

THE VAMPIRE DIES IN NO TIME CHARACTERS, CAST, AND CREW

The show is directed by Hiroshi Koujina and scripted by Yuki Sugawara. Music is composed by Ryo Takahashi, and Mayuko Nakano designs characters. Animation is developed by Madhouse.

You can find the Vampire Dies In No Time characters and voice actors listed below:

No stakes or garlic are required as the fun-filled frolic duo of Ronaldo and Draluc will return to tickle some ribs. 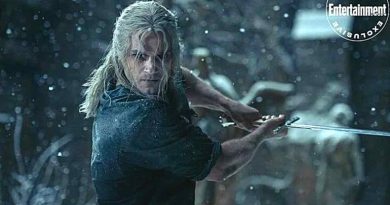 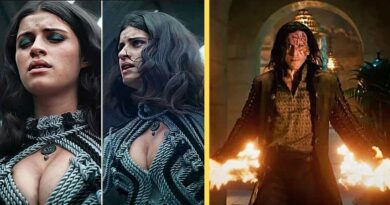