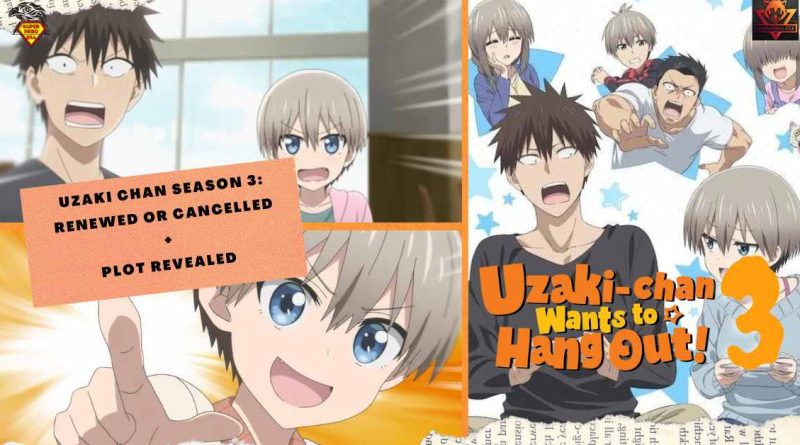 Uzaki chan Season 3 is in much demand but when will it release?

The idea of pairing two characters with contrasting personalities in a rom-com setting has resulted in many successful animes, for many such animes are a guilty pleasure, while for others, it’s simply a tick off their bucket list.

Quiet Boy meets loudmouth girl, has admittedly been an overused and overdone trope, yet there is no doubt these shows provide a wholesome feeling. A feeling that we experience while watching Uzaki-chan is wanting to hang out.

Uzaki-chan wants to hang out in a slice of life- rom-com anime based on the manga writings of Take and adapted by Entertainment Graphics Innovation Studios.

The plot follows a pair of college students, Hana Uzaki and Shinichi Sakurai, two characters with dissimilar dispositions. Shinichi is an introverted tall young man who likes the company of no one but himself. He cherishes his solitude so much that he prefers to be left alone in peace than spend time with anyone else.

On the other hand, Hana Uzaki is a petite yet boisterous young girl filled with exuberance who vibrantly lives her life. Her transformation came after she moved to college, where she went from a reserved individual to a chatty patty and outgoing in nature.

Hana and Shinichi are old high school acquaintances who meet in college, and Hana quickly notices the silent nature of Shinichi. Hana is worried about Shinichi s’ introversion and thinks his time at college will be spent the same way as in his high school days.

Hence, Hana Uzaki takes it upon herself to bring about a change in Shinichi s’ personality and end his loner lifestyle. She starts getting involved with the reclusive Shinichi’s’ daily life, which is repulsive to such extroversions, but she enjoys having her around.

Uzaki and Shinichi s’ polar opposite personalities become a source of comedic antics as the two unknowingly develop a charming platonic friendship.

Before the release, the biggest backlash the show received was when the Japanese Red Cross used a lewd picture of Uzaki on its poster. But the situation was remedied after the writer donated blood to the Red Cross.

Despite the controversy, Uzaki-chan wants to hang out had its takers as many fans quite enjoyed the rom-com slice-of-life show.

So much so that while the second season is currently on air, fans have begun wondering whether a third installment is on the cards or not.

Are you a fan of Uzaki Chan wants to hang out series? If so, keep scrolling to find out all the latest news and updates on Uzaki chan Season 3.

Uzaki Chan season 1 premiered on 10th July 2020 and ran till 25th September 2020 for 12 episodes. The series was renewed for a second season which aired on 1st October 2022 and as of writing 7 out of the scheduled 13 episodes have been aired.

As of writing, there is no update from studio ENGI or the writer on the renewal of Uzaki chan Season 3.

Before considering a series for renewal, production studios consider many financial and consumer metrics such as streaming numbers, international revenue, and source material.

The anime didn’t provide a major boost to Uzaki chan Wants to Hang Out manga as it wasn’t ranked in Oricon’s Top 20 manga for October 2022.

But as of September 2022, more than 2.5 million copies were in circulation including digital for volume 1 to 9 which clearly show Uzaki Chan wants to hang out series is in massive demand.

While the manga is doing well financially however a concern regarding the source material for further seasons is apparent.

It’s expected Uzaki chan Wants to Hang Out season 2 will end corresponding to the first half of manga Volume 8: Chapter 74 or 75 which will leave the creators with no source material to adapt for Uzaki chan Season 3.

Uzaki-chan wa Asobitai or Uzaki-chan wants to hang out manga is written and illustrated by Take. It began the serialization Dra-Dra-Dragon age magazine on 1st December 2017.

Despite the controversy surrounding the anime, the first five volumes of the manga sold more than 1.5 million copies as of November 2020. If we include the sixth volume, the sales account for 1.7 million copies sold as of March 2021.

Hana and Shinichi finally confess their love and make it public they are dating as everyone around is fully supportive of their relationship.

Hana wants them to be announced as girlfriend and boyfriend but Shinichi prefers to know and see where their relationship ends up.

Hana suggests going on dates that involve camping and springs but Shinichi is startled by the idea of spending the night in the room as lovers. Hana informs him that they are two adults who are dating and should not feel awkward.

The tension is cut by the entry of Shinichi s’ mother Haruko Sakurai who Hana will look to make a good impression.

UZAKI CHAN WANTS TO HANG OUT CAST, CHARACTERS, AND CREW

Uzanki-chan wants to hang out is directed by Kazuya Miura and written by Takashi Aoshima. Characters are designed by Manabu Kurihara and music is composed by Satoshi Igarashi.

You can find the list of Uzaki chan wants to hang out characters and voice cast below:

Fans would be hope the lovey-dovey couple of Hana and Shinichi would be back in Uzaki chan Season 3. 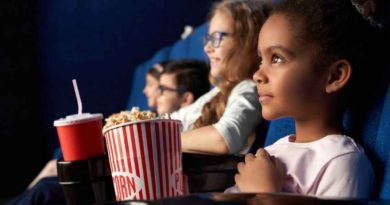 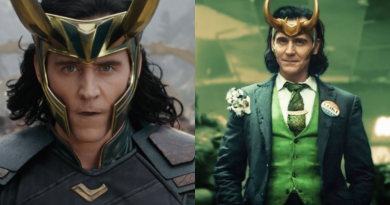 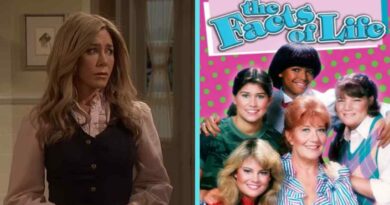 Kuma Kuma Kuma Bear Season 2 has been renewed with a title change! Isekai animes are all about reincarnations, whether