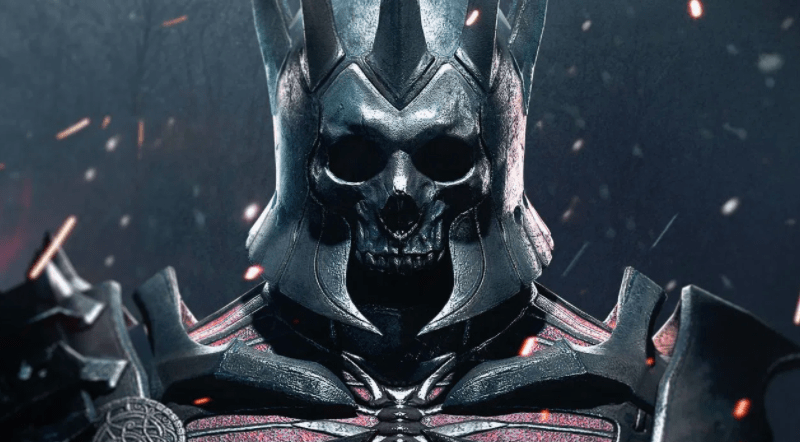 There’s been a lot of Witcher coverage in the past few weeks: Sigismund Dijkstra, Philippa Eilhart, and Mother Nenneke were among the characters announced and confirmed by Netflix in a major cast announcement. Then, on a beach in the southern United Kingdom, viewers got a snapshot of a Wild Hunt scene. Principal shooting on The Witcher season 2 wrapped yesterday at Arborfield Studios, after more than a year of shooting.

We have one more cast news for you if you’re looking forward to the conclusion of shooting and the start of the season 2.

British actor Sam Hazeldine will play Eredin, the master of the Red Riders, who are the physical embodiment of the mythological Wild Hunt. Hazeldine also appeared in a variety of TV series, including Peaky Blinders, The Innocents, Silent Witness, and Knightfall.

Eredin is better known for his role as the King of The Wild Hunt and Geralt of Rivia’s nemesis in The Witcher 3: Wild Hunt. He has a spot in the later novels, but we will go to the spoilers and conclude that it is interesting if we said anything else.

In Season 2, the elven sorceress Lara Dorren will be played by Irish actress Niamh McCormack, who we previously reported on in a cast update. At the age of 14, Nimah started modelling, and the acting world has recently started giving a name for herself. We will soon be seeing her in her upcoming movie fantasy, The Magic Flute, in 2021.

Lara Dorren’s story has been iconic where she is described as a wise Elven sorcerer who falls for Cregennan of Lod ( a powerful human mage). Her storey is sad, and depending on who you ask, different stories of it are shared. She is Ciri’s ancestor through her daughter Riannon, and some of the most important events in her books are triggered by her blood.

Ithlinne, the renowned elven oracle, will be played by veteran actress Ann Firbank in season 2. Firbank has a long list of tv credits that dates back to the 1950s. Recently she performed the film Star Wars: The Rise of Skywalker in the TV-series Elizabeth I, Kingdodom, and Les Misérables.

Ithlinne Aegli aep Aevenien was a well-known elven prophetess who foresaw a number of significant events, including the Northern Wars against Nilfgaard, the Witch Hunts, and numerous plagues. Aen Ithlinnespeath, her most popular forecast, predicts an impending climatic crisis that will drown the Continent under glaciers.

We reported earlier of the presence of Joseph Payne in season 2, but now we can say that he is going to carry Jarre into existence in the version of The Witcher in Netflix. Payne has done a tremendous job in his acting career and has mainly acted in stage works. In HBO’s mystery thriller The Third Day, he plays a minor role.

Jarre is the young, articulate writer and guardian of Mother Nenneke (Adjoa Andoh) in Ellander’s temple. He met Ciri there and remained astonished after she had left the city. In reality, as he continues to demonstrate later in the books, this shy, bookish young man is very heroic.

We’ve known about Ed Birch for a bit, and now we know he was cast as Redania’s king Vizimir in season2. The Singapore Grip and the new Wonder Woman 1984 are known as The Last Kingdom. Birch.

Being one of the most powerful monarchs in northern realms, Vizimir is known as the King of Redania.

Ania Marson, a Polish-British actress, will play Voleth Meir in season two of The Witcher, as we expected a long time ago. Marson has a long list of television credits, including appearances on Target, Killing Eve, Brittania, and Holby City.

Voleth Meir (elven for Deathless Mother) is one of the most cryptic characters featured in Season 2. In a casting breakdown, she was described as “A very old white haired woman. A demon, who roams the land bargaining and preying on people’s deepest and darkest desires”. Many fans drew comparisons to Gaunter O’Dimm, the protagonist from The Witcher 3: Hearts of Stone. According to what we’ve heard so far, she’ll play a part in Ciri’s season two arc.

Emily Byrt is another stage tremendous stage actress who will reprise her appearance as Aylne in Season 2 of The Witcher. She sucessfully came out as an actor from the Royal Conservatory of Scotland and has performed on many stages since the 2010s.

Aylne is most likely a character identified as “a furious sex worker” in a previous casting breakdown under the code name “Anna”: “A fierce sex worker, she meets a squad of soldiers she isn’t scared to boss around.” After learning about a group of sex workers at Kaer Morhen’s witcher guard, we are leaning towards Aylne as a member.

For a show as big as The Witcher, there might be further casting news in the future, and there’s also The Witcher: Blood Roots, which is expected to begin development shortly. 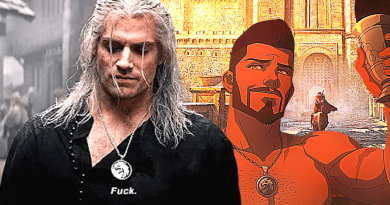 The Witcher anime film’ Nightmare of the Wolf’ reveals its voice cast alongside a new teaser trailer. 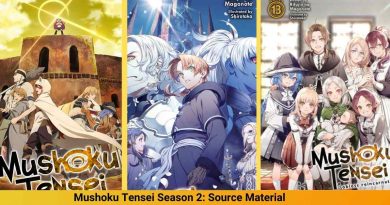 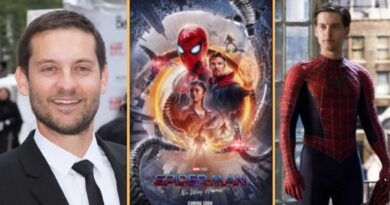