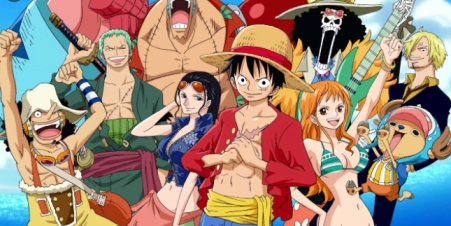 Celebrate, One Piece fans! Eiichiro Oda’s favourite manga is getting a live-action adaptation on Netflix. The Tomorrow Studios studios, who are still working on the upcoming Netflix version of Cowboy Bebop, have already ordered and produced a total of ten episodes. The latest production has arrived, and here’s what we’ve heard so far about the first season of One Piece.

In terms of franchises, One Piece live action is one of the most applauded shows of all time. Since its debut in an issue of Weekly Shnen Jump on July 22, 1997, the manga has been released in 969 chapters and 95 volumes, with more on the way!

Well! Over 462 million copies are sold and One Piece live action is ging up higher and higher where sky is the limit. It has outsold series like Dragon Ball, Golgo 13, and Naruto. With over $21 billion in revenue from its many mangas, films, video games, and other types of merchandise, One Piece is also one of the most profitable fictional franchises of all time.

The original anime series will be available on Netflix as well. In June 2020, Netflix will release several seasons in the United States and other territories.

All Sub-Contents hide
1 One Piece Story
2 When will One Piece be released on Netflix and where is it currently in production?
3 Any plans for more than one season?
4 Cast for One Piece Netflix adaptation
5 Oda’s Involvement In The Upcoming Adaptation

One Piece is set in an alternative version of Earth that is now experiencing the ‘Golden Age of Pirates.’ The waters are dominated by merciless cutthroat pirates. The strongest will be having an opportunity to capture the mythical treasure known as “One Piece”, which was left behind by Gol D. Roger who is the greatest pirate of all times. The young boy, called Monkey D. Luffy, dreams of founding its own team, finding One Piece and declaring himself as Pirate King years after Gol D. Rogers death.

Luffy gains immense strength and stamina after consuming a devil fruit that allows him the ability to transform his body into rubber. Luffy sets out from Foosha Village in East Blue when he reaches the age of majority and embarks on his grand journey to become the next Pirate King.

The show currently has a TV-14 rating on IMDb, but this has yet to be publicly reported by Netflix, despite Matt Owens mentioning it on a stream.

When will One Piece be released on Netflix and where is it currently in production?

It’s far too soon to speculate about a release date, but the live-action One Piece series could premiere as early as 2021.

Five months after the production was first revealed, we now have some new details thanks to a Syfy interview with Marty Adelstein.

The interview indicates that development is scheduled to start in summer 2020, but due to the COVID-19 pandemic, the timetable has been retreated. Marty, on the other hand, mentioned that they intend to “up the ante later this year.”

The filming is in the South African city of Cape Town, he said.

“We have basically all 10 scripts written. We will start casting when we go back. My suspicion is June 1, but we will start doing our casting. We have a lot of names that we’re talking about, and we should be in production in September. We have been working very closely with Sensei Oda. So, we’re going to get started, and this one is very big. I mean, Snowpiercer was a big production; this is even bigger.”

Those preparations seem to have been postponed, as fans have reported seeing development taking place in February and March 2021.

The bulk of the shooting seems to be taking place at Cape Town Film Studios, which has plenty of room for the pirate ships. According to a source close to the project, three pirate ships have been built so far for the show.

We don’t foresee One Piece to appear on Netflix before the end of 2021 or early 2022, based on the series’ latest production schedule.

Any plans for more than one season?

In a live-action adaptation, there is a huge volume of source material that can be hidden. The anime only has 909 episodes; there’s no way the live-action version would have so many. As more seasons are planned, we should imagine a lot of padding to be glossed over and the storey of the arcs to be chopped up.

Although it might be sacrilege to break up all of the One Piece novels, how can a live-action series cover 95 volumes of manga in just a few seasons? Each season may focus on a single ‘Saga’ with a limited number of storey arcs.

The recruiting of Zoro, Nami, Usopp, and Sanji will be covered in the first season of the live-action adaptation, which will conclude with Luffy’s battle against Arlong.

Cast for One Piece Netflix adaptation

While several names have been floated, no cast for One Piece has been verified. Emily Rudd’s name has been on and off the IMDb website for quite some time, but there is no clarification and the caveat that everyone will add IMDb updates.

Randy Troy provides an impressive rundown on what we can see from the casting in this video (which is a must-watch channel for fans of One Piece).

Oda’s Involvement In The Upcoming Adaptation

We can’t blame anime fans for being wary of live-action versions from other countries. When adaptations deviate from the source material, it’s irritating. Fortunately for fans of ‘One Piece,’ the show’s producer Eiichiro Oda is heavily involved in the forthcoming adaptation.

“Oda and his staff are heavily active in the project. They send us notes after reading our sketches and scripts”, during The Reverie streaming experience, Matt Owens, one of the series’ lead authors, said.

“It’s still a discussion between us and Oda’s squad….

We still return to the original source material” Owens continued.

“Because of what it is, Netflix understands how important this property is. It is popular due to the fact that it already exists. Any modifications are just attempts to make it more appealing to a larger audience and to provide a live-action interpretation of it. There are no modifications because ‘Oh, I don’t like the Arlong war…’ There’s nothing else like it.”

Are you looking forward to the live-action adaptation of ‘One Piece’ as well? Keep this tab bookmarked for future alerts. 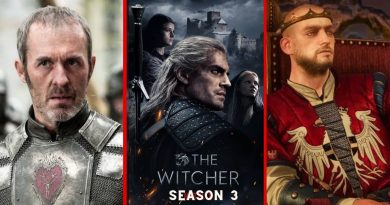 The Witcher S3 Casting Can Lead To Big GOT Risk