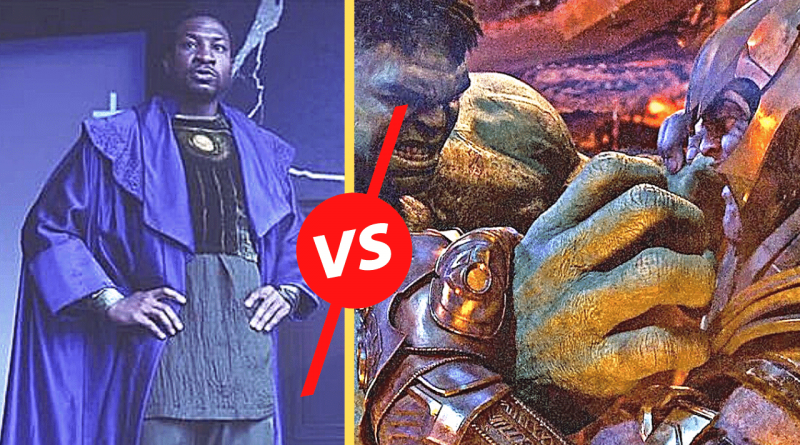 With the Loki series, Marvel’s next major villain aka Kang The Conqueror was introduced into MCU Phase 4. From what we have gathered, this big bad guy is even more powerful than the Mad Titan, Thanos. In the finale of Loki season one, Tom Hiddleston’s Loki and Sophia Di Martino’s Sylvie aka Lady Loki finally discovers the mysterious castle at the end of time. Upon arriving there, they find out that the Time Variance Authority is controlled by He Who Remains – a Kang The Conqueror Variant. Also, he’s the one who created the Sacred Timeline.

Right before Sylvie kills He Who Remains, he tells them that if they kill him, an infinite number of Kang variants will start a multiversal war. However, Sylvie chooses to ignore his warning, kills him and eventually unleash the multiverse.

In the first three Phases of MCU aka the Infinity Saga, Josh Brolin’s Thanos was the big bad villain. Even though the character made his grand entrance in The Avengers (2012), he has been present in the MCU for a very long time discreetly manipulating a series of events. The Mad Titan was always pulling the strings even before his debut in MCU.

In Avengers: Infinity War, Josh Brolin’s Thanos erased half of the population in the universe including some of the almighty Avengers with the infamous Thanos Snap. All thanks to the Infinity Stones, Thanos was able to wreak havoc on the universe.

However, the Avengers plans a time heist to travel back in time to retrieve all the six infinity stones. Even though their plan was precarious, they successfully managed to collect the stones and eventually defeated the Mad Titan and reversed his snap bringing back everyone who was erased from existence because of Thanos snap. Unfortunately, this victory came at a huge price, Iron man had to sacrifice himself to save the universe.

Who is the bigger villain of MCU? Thanos Vs Kang the Conqueror

Now, that Kang the Conqueror has been officially labelled as the next major villain of MCU, a comparison between Thanos and Kang was bound to happen. Both the villains are dangerous. Thanos erased half the life from the universe with just a snap of his fingers and the all-powerful avengers had to plan time heist to defeat him. Even without the Infinity Stones, Thanos was a powerful warrior with exceptional intelligence.

Meanwhile, Kang the Conqueror is an ordinary man. But as they say, Don’t judge a book by its cover. Kang may not be as physically strong as Thanos but his time travelling abilities, the arsenal of advanced weapons from different periods, and gifted intellect is something that the Mad Titan doesn’t have. After all, the man did something that nobody else could do; brought together everything in one single timeline, The Sacred Timeline.

There is another major difference between the two biggest villains of MCU; Thanos can’t compete with Kang’s time-travelling abilities. As revealed in the finale of Loki, Kang is the creator and controller of the Sacred timeline.

Even if Thanos erased half of the universe, it was Kang who controlled the events of the sacred timeline, meaning that Kang wanted Thanos to do all of that. Thanos was just playing his role in Kang’s timeline. Therefore, Thanos may have been pulling the strings in MCU only because Kang allowed him to.

Kang the conqueror knows everything that’ll take place in the Marvel Cinematic Universe and that makes him unstoppable. Even if one Kang is eradicated, many more will emerge. From his brief appearance in the Loki finale, nothing much has been revealed about him except the fact that he has the potential to be one of the strongest villains in MCU.

If there’s even a slight resemblance between Kang the Conqueror from the comics and MCU’s Kang, then he can easily put Thanos to shame. Well, all will be revealed soon. Till then, tell us about how you feel about the next big villain of MCU in the comment section. 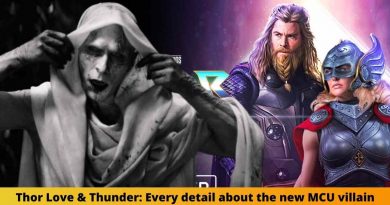