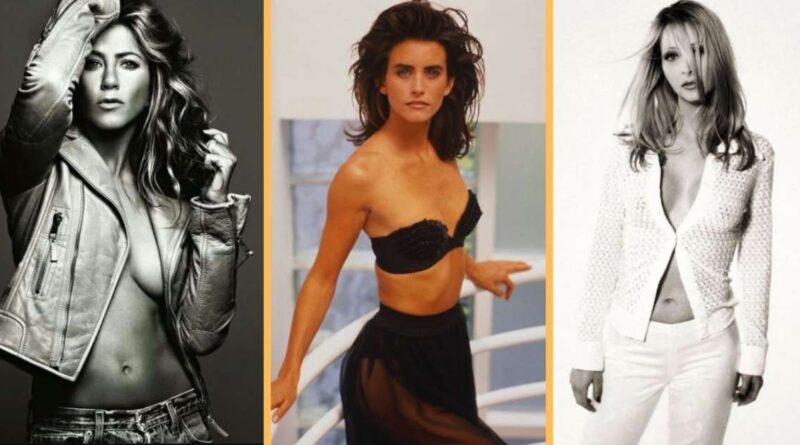 Friends series include Jennifer Aniston to spice things up as she is really hot, Courteney Cox and Lisa Kudrow do have their charms themselves, and below are 15 Friends Hottest Photos of three of them.

The Friends’ female cast had a lot of their fan follow the outfits and hairstyles they wear in the Show. Jennifer Aniston, Courteney Cox, and Lisa Kudrow, the three hot leading actresses, are remembered the way they presented themselves. Here we are sharing 15 Hottest Photos of Friends female cast to go through the nostalgia of the series.

A popular American actress remembered from her role of Rachel Green in the Friends Series has amazing glowing skin and honey-streaked hairs. With her body and hair, Jennifer looks just like a true California girl, and she did grow up in Sherman Oaks, California.

Jennifer Aniston was different than her role of Rachel Green. In the series, it was mentioned that Rachel grew up in Long Island and came to Manhattan, New York City. The role of Rachel Green was of someone who couldn’t be more anti-California, but she never clouded her profession with her personal life.

The above picture of three of them, Jennifer, Courteney, and Lisa, the leading characters in the Show, is very 90s, which is hysterical. It is now funny how three of them are wearing loose-fitted jeans with 90s hairstyle, but that was considered very attractive at that point in time.

Standing in the middle, Jennifer Aniston is slaying the Marky Mark – underwear-peaking-outside-of-the-jeans look. The classic sitcom showcases these female cast wearing some of the hilarious 90s outfits. However, with the charms of Friends leading ladies, all of them looked ravishing, even in the 90s.

If you open any social media platform today, a duck face is one of the most prominent things you will see. Each and every woman or girl or even the male population are clicking their selfies and posting them on their social media accounts.

However, we all thought that the duck face was started by the rise of MySpace and selfies, but in the picture above, the 90s Show presents three leading ladies making the duck face long before social media.

Lisa Kudrow is an American actress, comedian, writer, and producer who became popular from her weird character of Phoebe Buffay in the Friends Series. Phoebe was a self-taught musician and a masseuse who followed her own weird rules to give answers to anything.

In this picture, Lisa Kudrow is wearing white which is a mesmerizing look. Lisa’s photos are very few numbers if compared to the others, which might be because of the body issues she experienced. However, besides her fewer photos, she slays each and everything she wears, and we all are grateful for this one for sure.

Look at these beautiful young girls, their time in youth must be amazing. If you look at their current photos, obviously, they’ve grown older, but they’ve grown into their looks and still look beautiful.

If you closely look at the childhood picture of Jennifer Aniston, you’ll observe she had a different nose, and it is obvious that she had a nose job before entering the cinematic line of her career. And I’m amazed how Lisa Kudrow looks exactly the same with her beautiful features still now.

An American actress, director, and producer, Courteney Cox, played the role of Monica Geller, a chef and the ‘mother hen’ of the group. One thing both the character and the actress had in common was to keep everything clean; both of them were neat freaks.

This picture of young Courteney Cox is absolutely 90s beautiful. This picture makes her an epitome of fresh-faced 90’s beauty. However, her hair has tussled a bit much, but we sure can ignore that. You can also see freckles on her chest makes her so pretty, which were hidden in the Show with makeup.

9. Oldie But a Goodie

As you all can see, a polaroid photo of Jennifer Aniston and Courteney Cox with no makeup reveals their natural and beautiful skin. Both of them are the epitome of the ’90s as the outfits they choose along with their hairstyles.

This polaroid not only showcases their looks, but it is a moment of their relationship. In the friends series, Monica and Rachel were best friends, and in real life, too, this is happening to be the truth. Their example of relationship was shown in Jennifer Aniston’s wedding with Justin Theroux, where she made Courteney her Maid of Honor.

8. Jennifer Still Got It

If you look at Jennifer Aniston’s looks from the ’90s to the present day, you sure will be shocked at how beautiful she still looks. In the above picture, Jennifer Aniston is glowing with her healthy body and hair. No one will believe that the woman in the picture is in her 40s. Jennifer Aniston broke all the stigmas and proved that age is nothing but just a number.

7. A Still From Friends

The trio from Friends was amazing, and in the photo, Jennifer Aniston is just showing off her Rachel Haircut. The haircut was a success in the Show, and it became phenomenal as it was adopted by many of the females at that time. However, it will come as a shock to you that Jennifer doesn’t like it.

Jennifer Aniston said, “Looking back — honestly,  even during that time — I couldn’t do it on my own. I needed [my hairstylist] Chris [McMillan] attached to my hip. Left to my own devices, I am not skilled with a hairbrush and blow dryer.”

In the previous photo, look at the trio being in their youthful time, and in this picture, look at the fresh faces of beautiful ladies. This photo was taken at the Screen Actors Guild Awards, where three of them, Jennifer, Aniston, and Lisa, were sitting together. The whole cast was awarded Outstanding Performance by an Ensemble from their acts in the Friends Series.

Jennifer Aniston did slay everything she wore, and as she aged, I don’t know how, but she did become more beautiful. With this picture, anyone’s response would be just ‘Wow.’ Jennifer Aniston only wearing a leather jacket with jeans is just brilliant.

4. The Time When Jennifer Wore A Tie

People won’t forget this picture when it was published on the cover of GQ. Jennifer Aniston, a daring yet beautiful woman wearing only a tie, posed for a cover photo, and it never disappoints. The pose entails Jennifer wearing a very strategically placed tie, and no one can take their eyes off of her.

Rachel Green and Monica Geller never left each other’s side for once, and likewise, in real life, the best friends supported each other with everything. Look at these lovely ladies with amazingly long hair and healthy, clear skin. The most fascinating part about this picture is that it was taken as a token of support Courteney Cox received from Jennifer Aniston. And women helping each other is the most beautiful thing anyone can witness.

An interesting fact, which the die-hard fans might not know about, is that there were originally supposed to be four of them in the Friends Series instead of six. Phoebe and Chandler were supposed to be supporting characters, but it changes as they fit together so well. And I think all of you will agree; the Show won’t be the same if Phoebe and Chandler acted as supporting characters.

This is a popular piece of the Friends’ female characters in one frame. The female cast is wearing short shots with high heels and mid-riff bearing tops while playing tug of war. This picture portrays some weird male fantasy, but it is the most gorgeous photo you can find of all the three of them, Jennifer, Courteney, and Lisa, together. 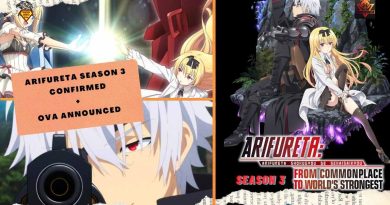 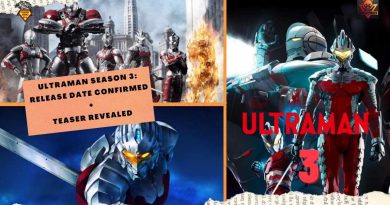