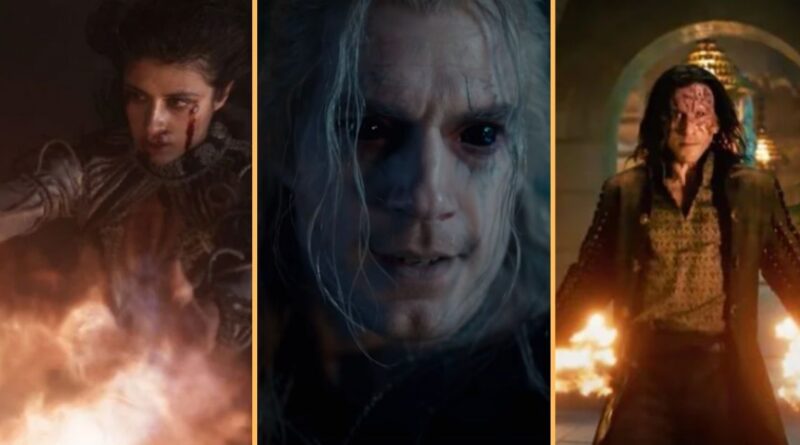 Netflix’s Witcher is not like any other examples of the magic that was practiced earlier; it has its own set of rules. One of which is in Witcher Fire Magic is forbidden – but why?

The Witcher Series on Netflix is based on witcher books by Andrzej Sapkowski, a Polish Author, and the witcher video games. The series was premiered on Netflix in the year 2019, introducing a new set of magic with chaos and three leading characters on their journey to find a place in the cruel world.

The Witcher cast includes Geralt of Rivia, the Witcher, played by Henry Cavill, Yennefer of Vengerberg, a powerful mage, played by Anya Chalotra and Princess Cirilla of Cintra, Ciri, played by Freya Allan. Henry Cavill Witcher’s role has been leading the series on various exciting adventures, Anya Chalotra, Yennefer’s role has been used to introduce magic to the audience, and Princess Cirilla is just a girl without family struggling through the dangers of the world.

With Yennefer, Witcher showcases different ways of using magic throughout the two seasons. One of the biggest rules established in the starting was that fire magic is forbidden. The Witcher books, before the series, had their own significance and a lot of fans. The English visual representation of the witcher books attracted the whole world.

The Witcher Season 1 showcased a bit differently the short stories of Andrzej Sapkowski and went on a straightforward path focusing upon three different characters in a different place and different timelines. At the end of season 1, all of the three characters paths crossed, starting another journey of them together.

With focusing on all of the three of them, different types of magic were observed, with had different ways and purposes. For example, Geralt, the Witcher’s elixirs were like magic, giving him a lot of strength to fight monsters. Princess Cirilla was unaware of her magic, but prophecy suggested that she had a dangerous potential inside her that could end the whole world.

The Witcher Season 1 introduces the viewers to the magic of chaos through Yennefer and her fellow sorceresses. In the final battle of Sodden Hill, when Fringilla, a really powerful sorcerer, was leading the army of Nilfgaard to attack Sodden and Northern Kingdoms, few of the mages, including Yennefer, protected the borders of Sodden.

During the time when Fringilla was using the forbidden magic for her advantage, Triss Merigold, one of the fellow mages of Yennefer, pointed it out and mentioned it is prohibited along with necromancy and demonology. The use of fire magic by Fringilla shows what it can do to the people who are using it, as some of her supporters died using it, as it consumes their energy.

Yennefer, in the Witcher Season 2, learned the price of using fire magic. Yennefer helped everyone succeed over Nilfgaard as she used the fire magic to defeat their armies, but in doing so, it left her powerless throughout season 2.

The reason why fire magic is forbidden in the realm of Witcher Series is that it has an all-consuming nature, and not one universal effect happens when one uses fire magic.

The mages in the Witcher Series, who were working with Fringilla, were immediately consumed by the fire magic that resulted in death, but the consequences of using fire magic aren’t always the cost of living. Yennefer did survive the use of fire magic but faced different consequences, losing her powers.

Another character was shown using fire magic to torture others, Rience. Yennefer met with Rience when she was trying to find what happened to Jaskier, who was vanished while helping Yennefer and the elves escape. Rience has kidnapped Jaskier for the information about Ciri, and during his torture, he explained that to channel fire magic, one has to pay a heavy price, and he sacrificed his soul for it.

Besides fire, other elements of chaos are – water, earth, and air, which can be destructive or creative. But the fire, out of all the elements, stands out as it can consume or destroy anyone who channels it. Another power of fire magic is that it can corrupt those who are using it or survive using it. As in the Witcher Season 2, Yennefer got so fixated on bringing back her magic as she tried to sacrifice Ciri’s life.

In the Witcher, fire magic is so extensive that the two seasons weren’t enough to cover the whole of it. So in the Witcher Season 3, the fans are counting on more fire magic and its effects on the practitioners. 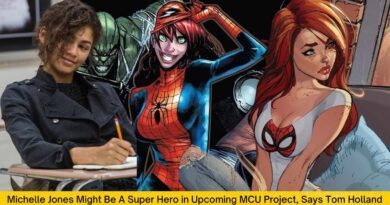 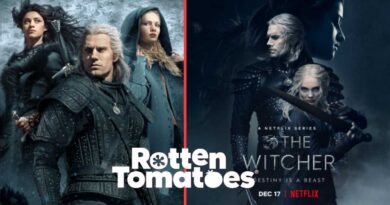