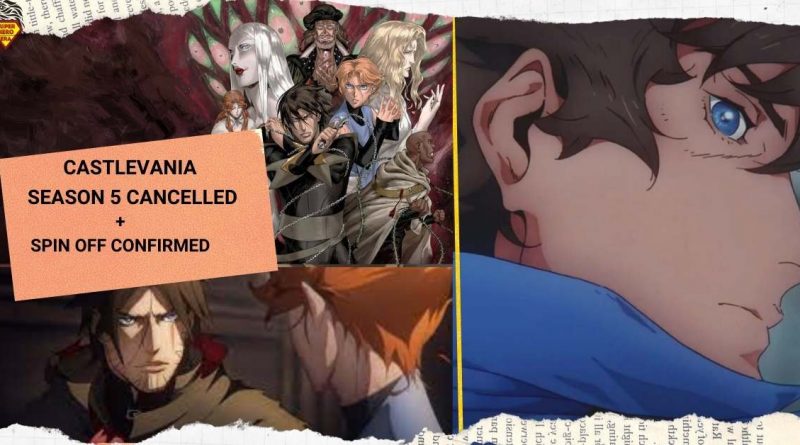 Regarding anime series, Netflix pushes their boundaries to provide the best shows in recent times. Especially gaming adaptions have been successful with shows such as The Witcher.

Castlevania is one such anime that has blown out of the park regarding story and characters. Fans of the show have been invested right from the first season and have maintained the excitement levels throughout the series.

This dark fantasy horror anime is based on the video game of the same name developed by Konami and created by Warren Ellis; Castlevania has amassed a cult following in a short space of time. It also became the first original series by the streaming site and the second adult anime after F is for Family.

The plot is set in a time when witches are burnt at the stake for practising witchcraft and black magic. In one such scenario, a falsely suspected woman is burnt at stake, and for humanity s’ misfortune, the woman was the wife of Count Vlad Dracula.

As Dracula knows about her wife’s death, he sends his army of demons to punish all the people of Wallachia for their heinous act. To save the city, the estranged vampire hunter Trevor Belmont takes up arms with his allies Sypha Belnades(magician) and Alucard (Dracula s’ son).

Since the fourth season ended, fans of the show have been expecting and waiting for Castlevania Season 5. So, let’s find out the current status of the fifth season and whether there will be a renewal or not.

WILL THERE BE A SEASON 5 OF CASTLEVANIA?

It was reported in the Deadline on 16th April 2021 that Castlevania will not return for Season 5. So obviously, Castlevania Season 5 release date cannot be expected anymore.

The reason for cancellation is cited as against the creator Warren Ellis who was accused of sexual misconduct, which he denied.

Netflix had to eventually cut off ties with Ellis, and he would take no further part in any creative role for the series, including the spin-off.

It’s a bitter disappointment as Castlevania season four ended on a high and the hype for season 5 was massive. Of course, they could have hired a new writer, but Castlevania Netflix preferred putting a nail in the coffin once and for all.

It’s unlikely now that Netflix will renew for a fifth season, albeit season four had set up some interesting plot points for season 5.

We also saw in the season 4 finale, “It’s been a strange ride “, that Dracula and his wife Lisa reunited, and they promise to start a new life in the town of Whitby. Dracula also decides to leave his son Alucard alone and watch his future from a distance.

Death is now the show’s main antagonist, and after being trapped in the Infinite Corridor, he would seek revenge.

In Castlevania: Bloodlines, the Whitby Abbey serves as a boss stage where Dracula is transformed into a large dog. This setting possibly could have been the climax for Castlevania Season 5.

WHEN WILL CASTLEVANIA SPIN-OFF SERIES RELEASE?

Netflix announced via Twitter a Castlevania Spin series on 11th June 2021 is currently in the works.

Castlevania: Nocturne is set in the period of the French Revolution and will star favorite fan characters like Richter Belmont and Maria Renard from the video games Rondo of Blood and Symphony of Night.

The fans have received the teaser video of the new Castlevania Netflix series well. Richter Belmont is one of the best characters in the franchise, and most viewers are excited for the premier of Castlevania: Nocturne.

We expect Netflix to handle the series with more care and avoid any bad shade from the inside. The show does have a hardcore fanbase, but the sudden cancellation of season 5 has left a bad taste amongst many fans.

Usually, video games are difficult to adapt and don’t do well in the anime scene. Factors like poor animation, character design, unfaithfulness to the game s’ story, and even the voice contribute to failed gaming anime adaptions.

But Netflix has gone all guns blazing for Castlevania as the animation and character design are top-notch. Also, there are several vampire hunters in different realms. If done right, Netflix can begin a new franchise of the games.

Those unaware of Richter Belmont, he is a descendant of Trevor Belmont and took over Dracula s’ castle to resurrect the vampire lord in the Symphony of Night. He is the youngest vampire hunter to fight Dracula and will be the main protagonist of the spin-off series.

Castlevania: Nocturne will be written and produced by Clive Bradley, while Kevin Kolde will be back to produce the show. The spin-off will be produced by Project 51 Productions and animated by Powerhouse Animation, with Sam and Adam Deats as directors.

You can find the voice cast of the Castlevania characters below:

Despite the cancellation of Castlevania Season 5, fans have good news as the spin-off series will feature new characters and stories. We are stoked for the vampires and vampire hunters to return and wreak havoc again. 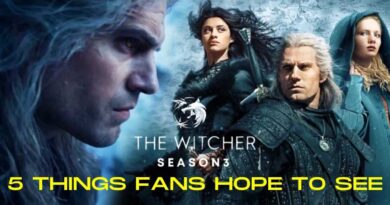 The Witcher Season 3: 5 Things Fans Hope To See in Season 3 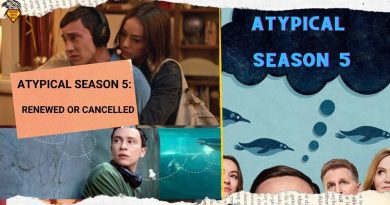