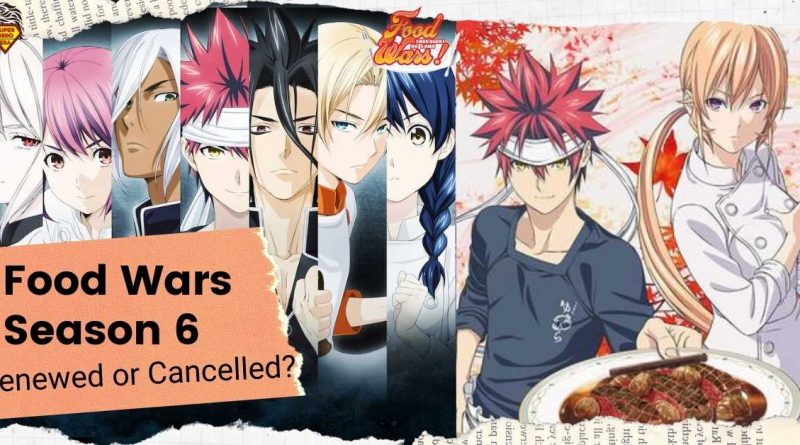 The Japanese anime series, Food Wars Season 6, hasn’t been officially confirmed, and there isn’t a release date yet.

A manga series, Food Wars! Shokugeki no Soma, which is written by Yūto Tsukuda and illustrated by Shun Saeki, was adapted into anime and was first announced in October 2014. The anime adaptation of Food Wars! was directed by Yoshitomo Yonetani. Up till now, it has released its five seasons, and the next one, the 6th, has been officially confirmed.

The Japanese anime is based on cooking and comedy. It revolves around the character Yukihira Souma, whose dream is to become a full-time chef like his father. Yukihira has been cooking alongside his father for as long as he can remember, and he wants to exceed his father’s skillset and take over the restaurant one day. However, his father had decided to close the restaurant, which shocked him.

Instead of helping his father Jouichirou, he finds himself getting enrolled in a culinary academy where only 10 per cent of the students graduate. The anime series covers how Yukihira faces the challenge of graduating from the prestigious Tootsuki Culinary Academy. The plotline of this anime is really interesting, as it got 8.1 ratings on IMDB and 8.19 ratings on another popular anime website MyAnimeList.

The Food Wars Season 1, The First Plate, was aired from April to September 2015 and included 24 episodes. The Second Plate, season 2, was broadcasted from July to September 2016, including only 13 episodes. The next season, The Third Plate, was divided into two parts; the first cour was released in October 2017 and ended in December 2017 with 12 episodes, whereas the second cour was aired from April to June 2018.

The Food Wars Season 4, The Fourth Plate, was released in October 2019 and ended with 12 episodes in December 2019. The fifth last season of Food Wars was aired from April 2020 to September 2020, which included 13 episodes.

Will There Be A Season 6 of Food Wars! Shokugeki no Soma?

The fans would love to see the next season of Food Wars, but it seems unlikely that it will be released. The Food Wars’ last season, Season 5th, concluded in September 2020, which left the fans emotional; after that, there hasn’t been any information about Food Wars Season 6 release date.

In November 2021, which should be the time of writing for Season 6, J.C. Staff, the production of Food Wars, haven’t renewed the anime series for the next season, Food Wars Season 6. The Fifth Plate is defined as the last one, as the manga series has been fully adapted to anime. Along with that, the Studio, which helped in all the five seasons of Food Wars, doesn’t contain the sixth season in its works.

However, the fans shouldn’t lose their hope as there are still some ways in which this anime could return, for example, OVAs, a prequel series or even a movie. Also, there are 5 OVA episodes which have been released, where two were released in 2017, 2 in 2017 and the last one was released in 2018. In writing, there aren’t any confirmations about OVA either, but you never know when they might post something on the internet about a prequel series or a movie.

The popular manga series Food Wars! Shokugeki no Soma was written by Yūto Tsukuda and illustrated by Shun Saeki. The recipes included in the series are contributed by Yuki Morisaki, a Japanese Chef and entertainer. From November 2012, the Food Wars series was published in Weekly Shōnen Jump, which continued till June 2019.

The manga series released 36 tankōbon volumes, which were published by Shueisha. The Food Wars manga’s latest volume was ranked as the 13th best-selling manga in the year 2019. The manga series of this anime is also complete, and it isn’t going on anymore.

Even though there hasn’t been any official announcement about the next season, Food Wars Season 6, if it ever did, there are some of the following characters are can be expected to return.

As the producer of J.C. Staff of the anime series Food Wars! Shokugeki no Soma hasn’t renewed the next season, Season 6, to go further; there isn’t any trailer which has been released for the same. However, if you want to relive the memories of Food Wars, you can go through the anime series once again, or you can read the virtual or printed version of the manga series available.

The Food Wars! Shokugeki no Soma series is available to watch on the most popular platforms like Netflix, Crunchyroll and viz Media. The first season of Food Wars can also be streamed on HiDive with English subtitles.

The popular anime series Food Wars! Shokugeki no Soma has received a lot of positive reviews over the years and is still loved by the viewers. There is no news about the next season, Food Wars Season 6, but we shouldn’t lose our hopes. If the demand from the fans increases, you don’t know, they can start with the production of season 6. Until then, stay tuned for updated and exciting articles on Food Wars! Shokugeki no Soma. 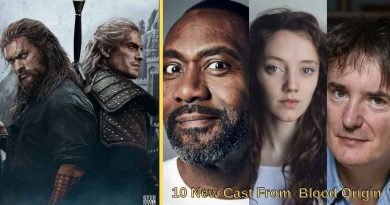