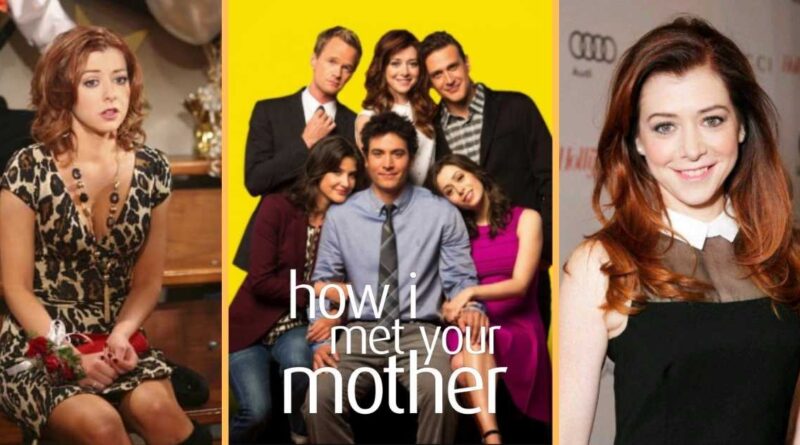 The comedy series, How I Met Your Mother include a character named Lily. Some things about that character don’t make sense at all.

An American Sitcom released in 2005 named How I Met Your Mother, HIMYM, was created by Craig Thomas and Carter Bays. The HIMYM series includes five friends living in New York City. The series focuses on one character Ted Mosby, around whom the whole story revolves.

The series starts with Ted Mosby (played by Josh Radnor) telling his kids the story of how he met their mother. The friends in the series are the group of Ted’s friends, which are Marshall Eriksen (played by Jason Segel), Lily Aldrin (played by Alyson Hannigan), Barney Stinson (played by Neil Patrick Harris), and Robin Scherbatsky (played by Cobie Smulders).

When the series was released, it received a lot of positive reviews, but the responses got mixed when more of its seasons were released. During the rewatch of the How I Met Your Mother Series, a lot of issues and inconsistencies arise. Particularly with the character Lily Aldrin, a lot of inconsistencies influenced the plotline of the series.

The actress has done various tv shows, and Lily from HIMYM character is from one of the popular Alyson Hannigan tv shows. Lily was shown as a kindergarten teacher and Marshall’s girlfriend, and later his wife. One of the unique qualities of Lily was that she was terrible at keeping secrets, and she could be really manipulative. And many of these characters’ events makes the plot confusing.

Throughout season 1, Lily and Marshall lived together with Ted Mosby and did various adventures. But in HIMYM Season 2, Lily married Marshall, and till season 7, they both enjoyed their lives together. In season 7, Lily delivered a baby boy named Marvin.

As a married couple, they did many things together, like sharing one toothbrush, which was a confession made by them at the table, in episode 5, ‘Perfect Week’. Listening to their confession, all of their friends were grossed out.

One of the most noticeable yet not a major plot hole writers made is Lily’s infrequent peeing. This doesn’t have a very significant impact on the series, but on the basis of it, she was mocked a lot. Barney used to call her ‘big tank for a small girl.’

Lily, the kind of girl who knows everything, would like to be there when anything interesting has been discussed. In one of season 1’s episodes, ‘The Pineapple Incident,’ when the group was talking about something really interesting to Lily, she was shown holding her pee for a long time during ‘Zip, Zip, Zip.’

Among many other things, like sharing a toothbrush together, the cute couple, Lily & Marshall, had their own song. In one episode, ‘Life Among Gorillas’, Lily was witnessed getting really excited in the Karaoke’s bar library. The song both of them were enjoying is “Don’t Go Breaking My Heart” by Sir Elton John and Kiki Dee.

7. Lily’s Relationship With Her Father

Mickey Aldrin, Lily’s father, was not present as much for her as she wanted as a child. He got separated from his wife when Lily was very small. Instead of giving Lily all his time, he worked on his dream of creating the next generation board game. Mickey’s acts always frustrated Lily, and Lily gave him her ‘dead to me’ look and didn’t talk to him.

Mickey wanted to mean something in the eyes of his daughter, so he did everything he could think of. At last, Lily agreed on making their relationship work and demanded that Mickey should pay for Marshall and Lily’s wedding. As the story went forward, the writers changed a lot in Mickey and Lily’s relationship.

6. When did Lily return to New York?

The question of Lily’s return to New York created a plot hole in the series. In the episode ‘Bachelor Party’, Lily disclosed the secret that Barney came all the way to San Francisco to influence her to return back home. Along with that, Lily reveals that to help Marshall, Barney was stealing all the women from him.

5. Does Lily have a Dog Allergy?

In the episode ‘World’s Greatest Couple’, the whole gang realizes that Lily’s place is not suitable to live, so Lily stays at Barney apartment. Robin too offered Lily to stay with her, but then she remembered that Lily has Dog Allergies and said if that weren’t the case, Robin would’ve let her house stay with her.

4. What was the word Ted used to Insult Lily?

Ted and Lily go all the way back, as when Ted was in college, his roommate Marshall fell in love with a girl, Lily, and since then, they have all been together in everything. After knowing each other for years, they became really close and shared their secrets with each other. They knew each other really well as they both could tell when the other person was lying.

In the episode “How Lily Stole Christmas” of Season 2, it was revealed that Ted used to call Lily ‘a Grinch’, which she didn’t like, but Ted never apologized and never stopped calling her ‘Grinch’ after that too.

In the series HIMYM, at one time, all the friends found out that Lily and Marshall possess a nude painting of Marshall, and it is hidden behind Marshall’s piano. In the future, Ted finds out that the painting was just an assignment of Lily’s, and Marshall didn’t want Lily to paint any other person, as to see someone else naked than him, so he volunteered.

Alyson Hannigan How I Met Your Mother, in the role of Lily, had a lot of different hairstyles. In college, when Lily met Marshall, she had black hair with bangs, but as they grew together, she transformed her hair into various different styles.

During their talk, in various future flashes, Lily was shown with a shorter hairdo, and she looked older than her age in 2013. As written, Lily’s appearance changed in the year 2030 very dramatically.

A character named Scooter was Lily’s boyfriend in high school, who wanted to become a baseball umpire but failed. Scooter then worked as a waiter and a cafeteria worker to regain his image in Lily’s eyes. 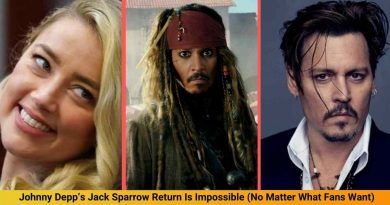 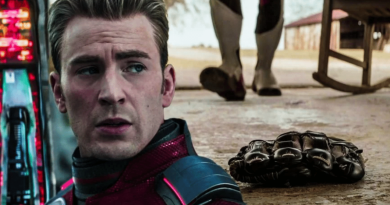