Marvel & DC All Blogs
March 25, 2021March 25, 2021 Vishal Kumar 0 Comments
All Sub-Contents hide
1 Disney finally confirmed that they are going to drop it on Disney plus.
2 Can we expect to see Black Widow in Loki?
3 Is Yelena Belova will be the new main black widow?

Disney finally confirmed that they are going to drop it on Disney plus.

Here we’ll explain the plan with that how it’s going to change things they rescheduled a couple of movies, but it’s not as bad as it sounds. we’ll also explain how black widow is connected to some of the marvel Disney plus series like falcon and winter soldier, and it’s going to overlap with the Loki episodes as well with its new release date, so we’ll explain how that’s all connected.

But what’s going to happen with the black widow movie is that Disney plus is releasing it on July 9th the Disney premier access like a riot in the last dragon movie. Still, it’ll also be coming out in theatres on the same day, so in July most theatres will probably be open again around the world you can choose how you want to watch the movie if you want to go see it in a theatre or if you want to watch it in your home.

The rest of the Marvel movies for the rest of 2021 into 2022 will just be coming out in theatres like they regularly would so the new schedule now is we have black widow coming in July then Shang Chi was delayed just a couple of months to September, Venom 2 is coming in October, Eternals is still in November and spider-man 3 no way home is coming out in December. So now black widow is going to overlap with the Loki episodes on Disney plus in July.

Can we expect to see Black Widow in Loki?

We can’t count the number of people who have asked if that woman in the Loki trailer is a black widow sitting on Vormir because the sky looks all purple like the skies of Vormir. Yes, the Disney plus series will cross over and influence the Marvel movies, but no, this is not black widow Natasha.

This is a version of female Loki from an alternate timeline alternate universe; she’s being played by an actress here, so we think it’s just the fact that she’s really blurry and she has blonde hair that’s why people think that she’s the black widow.

The Loki series is a time travel multiverse series where he has to go around capturing alternate versions of himself alternate Loki’s from other realities to stop them from messing with alternate timelines. They’ve started to release more clips and trailers for that recently but the scene that everybody keeps asking about this female Loki scene.

This is her sitting on a future version of earth that just completely gone to crap because of what she’s been doing the whole idea if you watch the Loki trailer you will notice that it seems like all these different versions of earth just wind up in complete disaster like you will see the rubble of the avengers tower in the background like what has happened in this alternate timeline with this version of Loki to lead to this.

On a scene, you will notice that the tesseract Loki that’s wearing the jacket here that you see drop down that has to go around stopping the alternate versions of himself like who better to take down Loki than another version of Loki. It’s just that these alternate versions, like female Loki the other Loki’s they’re all way worse than the tesseract Loki the whole thing with the black widow movie is that per Scarlett Johansson’s explanation during interviews.

Is Yelena Belova will be the new main black widow?

Last year the movie is supposed to be her metaphorically passing the torch to Florence pew passing the mantle of the black widow of the MCU to the Yelena Belova black widow technically they’re all black widows even Rachel Weiss’s character Melina Vostokoff taskmaster revives the program in the movie and is training a batch of new black widow assassins.

Under his command, it’s just that in the future marvel movies, marvel phase 4 the Disney plus series that she crosses over into, Yelena Belova will be the new main black widow. We’ll see how the other characters interact with her because they’ve already confirmed the next crossover for her is going to be the Hawkeye series, and that’s going to happen maybe later this year.

You just have to imagine how she’s going to react when she finds out that Hawkeye let black widow sacrifice herself on for me are like what you let her kill herself. We do not think that she’s supposed to cross over on falcon and winter soldier, though but there is some crossover story and connections between falcon and winter soldier in the black widow movie in the present day.

If they ever decided to bring her back, but it would all be flashback stuff this movie mostly takes place right after Captain America civil war, and the main story, at least just the main portion of it, ends just before the beginning of avengers infinity war. There are probably some more flashbacks to her as a little girl coming up through the red room program just to tell her origin story.

Then there’s some implied post-credit scenes stuff some rumors that will be taking place in the present-day, so the movie is going to hop around in the timeline, but for the most part, it takes place between civil war and infinity war. It’ll also explain all the family talk during the trailer too. There’s the story about them being a family that takes place before the events of the black widow movie. 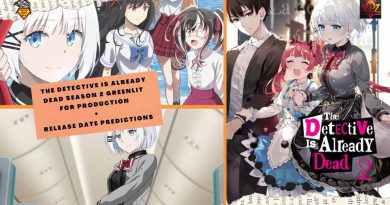