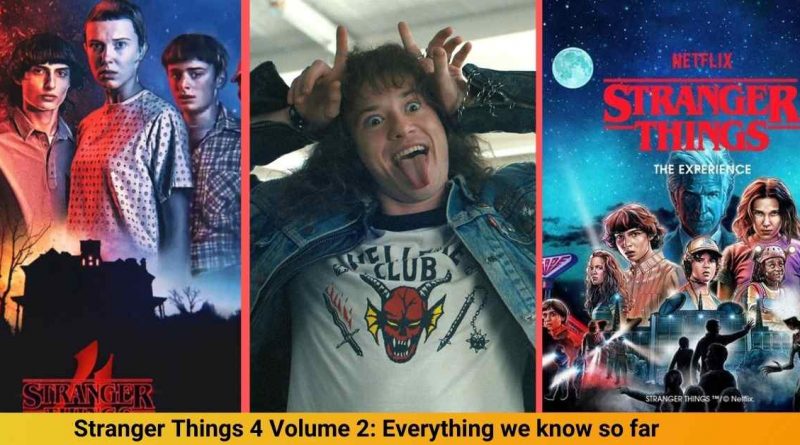 Stranger Things 4 volume 2 will be released soon after volume one. There are scenes and a storyline that can already be predicted through the trailer.

PS- There are big spoilers of Season 4 volume 1 ahead

Stranger Things season 4 volume 1 ended on a dramatic cliffhanger, but we already know about volume 2 from the trailers. The OTT giant Netflix has shown a new way of releasing seasons; although it used to release volumes and parts for a long time, the volumes are divided in the ratio of 7:3.

All Sub-Contents hide
1 What is the story so far?
2 List of things that will happen in Stranger Things 4 Volume 2
2.1 Vecna’s ‘You have lost’ sends a chill down the spine
2.2 Nancy becomes a victim of the shenanigans of Vecna.
2.2.1 Also Read this Article – Title of Stranger Things Already Stated Its Perfectly Tragic Ending
2.3 Eleven- The One that Got away- Papa to the rescue?
2.4 The role of the US Military raiding the Nina Project
2.5 The battle of the season- Vecna v/s Eleven
2.6 Eddie Plays Rock & Roll in The Upside Down
2.7 A flamethrower in the battle
3 Stranger Things season 4 release date :-
4 Conclusion

What is the story so far?

The Stranger Things season 4, the last episode, episode 7, revealed the main villain, Vecna, after three whole seasons. Vecna is the Number One, which means he was Dr Brenner’s first test subject, and after experimenting on her, he went on and did more experiments later on.

But the circumstances of this revelation were rather horrific. Specifically, Nancy is seen kidnapped by Vecna and is astonishingly amused at how close she was to figuring out his true identity. Until now, only one of Vecna’s victims has managed to escape. Escaping seems to be near impossible given the fact that Nancy is in the ‘Upside Down’.

The trailers for Stranger Things season 4 have given a lot to anticipate. With so many clues, it is simple to figure out how the ‘cliffhanger’ will be settled.

The trailer did not miss out on giving us the inside scenes of- The Final Battle of Vecna and Eleven. Both of them are potent experiments that will be pitted against each other, which means there will be a showdown of the season.

Vecna’s ‘You have lost’ sends a chill down the spine

The Stranger Things 4 Volume 2 will see a chilling statement by Vecna- “You have lost.” Although there was no context dropped by the trailer suggesting what and whom he is talking about. But there is one thing for sure, and the enemy is someone who is either equally or almost as capable as Vecna. Which directly indicates Eleven.

Suppose the fight is indeed between Eleven and The One. In that case, there will be a scene where Eleven falls weak, or the other explanation is he is trying to manipulate our hero into believing she can lose. It will give him the upper hand if she falls for it.

Nancy becomes a victim of the shenanigans of Vecna.

Stranger Things 4 volume 1 ended with Nancy in a trance, her mind spirited away by Vecna’s telepathy. Vecna played on her very deep-rooted guilt for Nancy. She was reminded that she had a lot of blame for the death of Barb, her friend. But Vecna, a strong villain, decided to torture her differently as she came near the truth of his original identity.

Vecna himself told her everything she needed to know to put the pieces together. The scene in the trailer where Vecna’s hand moves close to Nancy’s face depicts that he is trying to harm her. Although she is trapped in the Upside Down, there is a good chance that she’ll escape it.

Eleven- The One that Got away- Papa to the rescue?

A scene shows how the protagonist of Stranger Things- Eleven might be the Nina Project’s only survivor. There is a massive explosion while Eleven is on the ground, looking toward it. The scene is a clear indication of the success of Sam Owens and Dr Brenner, who has managed to save Eleven before the auto-destruction is activated.

The Stranger Things 4 Volume 2 first episode, is episode 8 of the season is named ‘Papa’. In the show, Eleven is seen calling out for ‘Papa’, which indicates she has some parenteral relationship with Dr Martin Brenner, which might finally be revealed. It would make a lot of sense, considering he sacrificed himself for his ‘child’.

There is no sign of the gang in this particular scene that might suggest that they were a little late and could have missed the show. All the team have to do is give Eleven a lift to Hawkins in Argyle’s van.

The role of the US Military raiding the Nina Project

Dr Brenner is working his best to bring back Eleven’s powers at the Nina Project in the middle of the New Mexico desert. But the popular belief of the US Military is that Eleven is a threat to society and humankind. The trailers of Strangers Things 4 show that they will confirm her location and try to take her out.

Again, the scene does not show Argyle’s van, which means the gang- Mike, Will, Jonathan, and Argyle did not get there before the military to warn her about the coming dangers.

The battle of the season- Vecna v/s Eleven

The inevitable is bound to happen in Stranger Things 4 Volume 2, and there will be a showdown between the two strongest characters on the show. The scenes from the trailer suggest there is going to be a ‘Final Battle’ between Vecna and Eleven in the Upside Down.

Eleven has fought against Vecna before, and she is the one who trapped him in the ‘Upside Down’ to begin with. But he has returned, and he is much more potent than before. Vecna can now draw on the Mind-Flayer’s hive mind for power, which gives him a whole new area of advantage.

Eddie Plays Rock & Roll in The Upside Down

Stranger Things Volume 4 introduced a new character- Eddie Munson, played by Joseph Quinn. He was more acceptable in the show by the audience than most of the newbies. He is a Dungeons & Dragons enthusiast who soon knows monsters are real.

In some scenes, Eddie is seen playing his electric guitar. He is trying to free Nancy from Vecna and his vicious trap. Max had already shown that people could be released from Vecna’s grip if they were contacted with music. The music paves a way through which people can escape him.

On the other hand, Max does not seem to have Nancy’s favourite songs, so that’s where Billy would step in.

A flamethrower in the battle

Stranger Things season 4 volume 1 ended with Hopper and Joyce reunited inside a Russian jail. Another scene from the trailer indicates that they managed to escape from there. But later, Hopper is seen using a live flamethrower, but the enemy is not shown in the scene.

Netflix released Stranger Things 4 volume one on May 27th, 2022. It consisted of seven episodes and the last one being the longest, specifically 2 hours and 3 minutes.

Netflix will drop the last three episodes of season 4 on Netflix at the very beginning of July.

There is no guarantee that what conclusions we may have drawn match the actual storyline. But the possibility of battle taking place when Eleven is in a trance is very high; Vecna has transported her mind into the Upside Down. The conclusions might be cold-hearted but are a real possibility. It cruelly suggests that Vecna has control over Eleven now.

Stranger Things has never been open about drawing inspirations from the superhero genre, but now that the show has come to a point where the hero has to face a villain who is a twisted mirror image of themselves, classic, one would say.

Season 4 Stranger Things, promised the audience a lot of action, drama, sci-fi and even a little heartbreak. So far, they have stood firm on their ground. It is to see now what and how things will unfold in Stranger Things 4 Volume 2 climax. 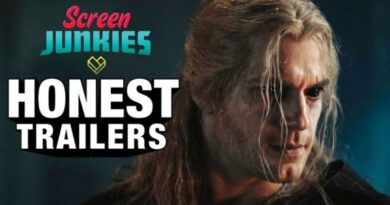 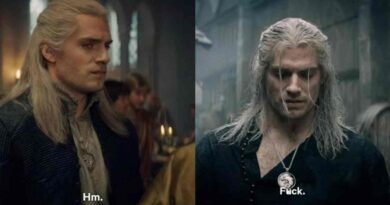 Henry Cavill in Trouble? He added a Scene without permission but everyone Loved it!