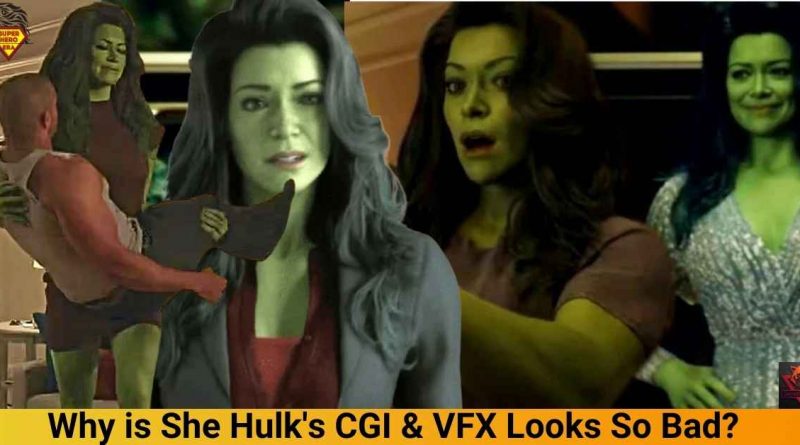 The She Hulk trailer, released on 18 May 2022, gave audiences a view into the series and what all can be expected of it. However, many viewers were astonished at the looks of She Hulk.

The Media giant Disney announced that the ‘series’ would be released on the OTT platform on 17 August 2022. Like other Marvel series, the show will be released one episode per week and nine episodes.

We will see Tatiana Maslany as Jennifer Walters, better described as the She Hulk in the series. The other essential and prominent actors, like the main cast Mark Ruffalo, Bruce Banner, and Tim Roth, played the role of the rival green monster in The Incredible Hulk, 2008. Tatiana is making her acting debut in this series.

Now coming to the point. The poor CGI in the trailer of She Hulk gave fans a huge disappointment. The trailer released on YouTube and Marvel’s Official social media handle shows the protagonist Tatiana Maslany in full flow like the original Jade Giant, Abomination, and titular She Hulk.

Although the audience was in great curiosity about what the comic depiction of She Hulk would look like on-screen, when they watched the trailer, it became a matter of concern as to why the quality of mighty Marvel has depleted, which compromises the look of the series.

All Sub-Contents hide
1 What do we see in the trailer?
2 What are the probable causes for substandard CGI?
3 Conclusion

What do we see in the trailer?

In the She Hulk trailer, Jennifer Walters (Tatiana Maslany) manages her lawyer profession in the most bizarre department- “superhuman law division”.

Later, we learn that She Hulk is a cousin of the original Hulk, Bruce Banner. The trailer kept the important details hidden and showed only secondary information about the series.

An exciting part of the trailer was when Bruce helped train Jennifer to turn and control She Hulk, the alter-ego.

Another interesting ‘fact’ shown in the movie is that Jennifer seems to be handling being a Hulk much better than in the initial stages of Bruce Banner’s transformation. When Bruce described being Hulk to her as ‘the transformations are triggered by anger and fear’, she replies, ‘those are just the baseline of a woman existing’.

As for the looks, She Hulk looks like herself despite a few changes like the body’s frame and the classic green colour.

Now let’s talk about the CGI of She Hulk for a while. The quality of CGI in the series is not Marvel quality, but why is that? Let’s speculate together-

What are the probable causes for substandard CGI?

We will discuss the multiple possible explanations of why She Hulk’s CGI quality has dropped.

First, given the VFX-heavy nature of the series, because their looks have to be edited constantly, She-Hulk requires more budget to be spent on achieving the Marvel quality CGI. The resources in terms of finance might have been limited, and to make ends meet, Marvel might have compromised some things.

Second, the state of the VFX, which is hanging by a thread, can be taken into consideration. According to a recent report by Inverse, “The VFX industry has been in trouble for a very long time,” with concerns over spiralling studio demands and quality control.

Inverse’s recent report also conferred this is not the first time Marvel has compromised because of these issues. Marvel studios were even struggling with projects like 2018: Black Panther was under work.

On a happy note, there are still several months before the actual release of the series, this gives us fans a ray of hope as we have expressed our concerns the VFX team might just work on the problem, and when the time of actual release comes, we will witness Marvel in its strong form.

The Loki series comes to mind when we discuss the VFX power of Marvel. It pulled off a great series with a great script and noteworthy Graphics.

We can still hope for the best and render our trust to Marvel like always. Although the first trailer was problematic for all the viewers, as a joint record of Marvel and Disney+, we can probably conclude that many of these issues might be resolved when She Hulk comes to OTT. 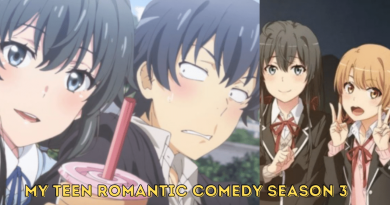 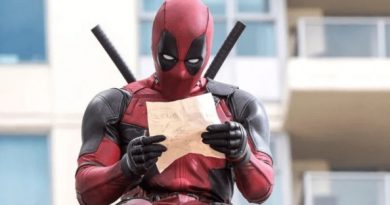 All 13 MCU Movies Releasing After Falcon And Winter Soldier