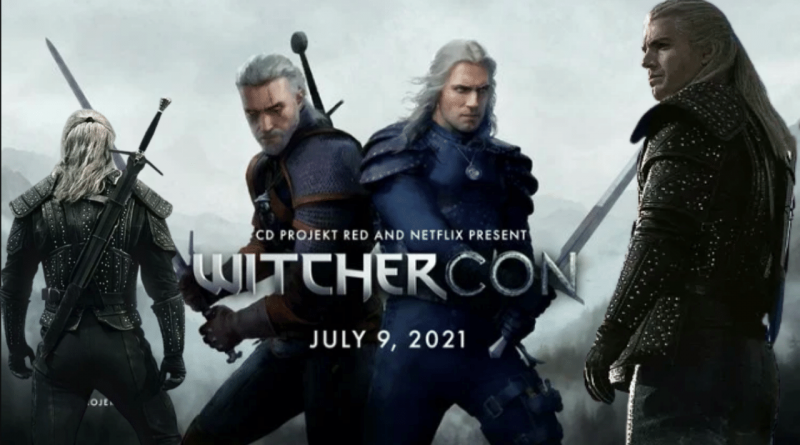 The CD project Red will co-host a unique event named WitcherCon in July by Netflix and the video game developer/publishers.

All Sub-Contents hide
1 What is Witchercon?
2 Who will host the Witchercon event?
3 Schedule for Witchercon Event
4 The Witcher: Blood Origin, a Netflix spinoff, is also in the works.

The official description of the event on its website states, “Witchercon is a global celebration of The Witcher!” “This digital convention will be accessible for co-streaming on Netflix as well as CD Projekt’s YouTube and Twitch feeds. This is, as far as we know, the first time Netflix has ever broadcasted something live as it happens.”

We may also anticipate behind-the-scenes views at the making of both the video game trilogy and the live-action Netflix series, according to Witchercon’s official website. Deep dives into the mythology of The Witcher will also be available, led by qualified specialists on both the series and the games. Is it possible that Andrzej Sapkowski, the author of The Witcher tv series, will attend the event?

What we can’t anticipate from the event, though, is the announcement of a completely new Witcher video game. This is stated quite clearly at the bottom of the main home page of the website, probably to control expectations surrounding the event and prevent people from becoming overly enthusiastic. Nonetheless, veteran Witcher fans will have plenty of reasons to be thrilled about the event.

During Netflix’s GEEKED week, the news was revealed, which also saw the first Witcher season 2 footage released. There’s not much to go on here, but you can learn more about The Witcher season 2 in our review.

Who will host the Witchercon event?

Netflix and CD Projekt Red, a video game developer and publisher, have announced that they would co-host a unique event for The Witcher franchise called WitcherCon in July. The plot follows the official legend, witcher Geralt of Rivia, as he travels around the medieval world of the Continent, hunting down creatures and monsters and occasionally becoming entangled in bigger, fate-driven adventures based on Andrzej Sapkowski’s novel series of the same name. Six books and 15 short tales make up the basic material.

In the early 2000s, the brand found its way to the States following a first film and television adjustment in Poland with a CD project Red video games adaptation in 2007. It created a trilogy with three spinoff games with rave reviews, the first having comparable applause and financial hits selling over 50 million copies throughout the world. Netflix began working with this big interest of fans on its own version, initially envisioned as a movie, before moving into TV with Henry Cavill, who was supposed to become witcher Geralt.

Somewhat more than two months after season 2 of the Netflix series finished, the streaming platform and CD Projekt Red teased a significant surprise coming next month on Twitter. The two considered joining together in July for something major, starting with the game’s official account tweeting at Netflix’s account until Netflix Geeked announced WitcherCon. Check out the following sequence of posts:

Witchercon will take place on July 9, as you can see in the announcement. The Witchercon event will take place over the course of two days. The first broadcast will begin at roughly 10 a.m. PT/1 p.m. ET on July 9, and the second day’s activities will begin at roughly 6 p.m. ET/9 p.m. ET on July 10. As a result, it appears like the second day will be a little shorter than the first.

Those in love with The Witcher’s first season are eagerly expecting its return for season 2, plagued by a number of production delays as a result of the ongoing COVID-19 outbreak and the loss of Cavill. However, this event will certainly hold lots of interesting events for the audience, as the production was finished by the exhibitor Lauren S. Hissrich in April, indicating that post-processing would be completed in May. Plans for interactive panels will undoubtedly lure the audience, brief news, unprecedented disclosures, and a peek into new products that come from this franchise.

Moreover, the Witcher 3: Wild Hunt has only recently begun hitting racks since six years since the last Blood and Wine expansion pack began. CD Projekt Red has revealed intentions for the later this year to launch a game to PlayStation 5 and Xbox X/S series, which makes the event probable that the latest release date will be declared for Henry Cavill’s expansion pack that takes the witcher’s rendition to the universe of the game. With just one month to go, it’s time for a few coins to be cast.

The Witcher: Blood Origin, a Netflix spinoff, is also in the works.

It will tell how Witchers—genetically modified monster hunters with supernatural abilities and, generally speaking, lovely shoulders—came to be 1,200 years before the events of the main programme. Jodie Turner-Smith has been cast in the starring role, according to Deadline. The Witcher: Nightmare of the Wolf, an animated film, will recount the origin tale of Vesemir, witcher Geralt’s tutor.

Audiences are excited about the first Witchercon event. We will cover all the details of it. Please be with us to get further updates on it. 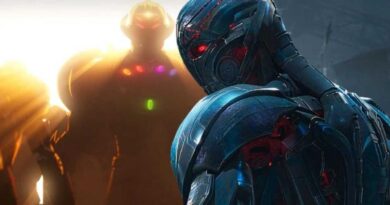 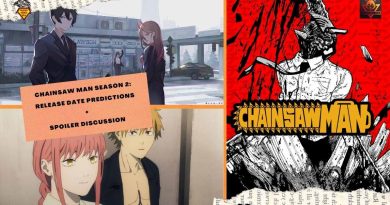