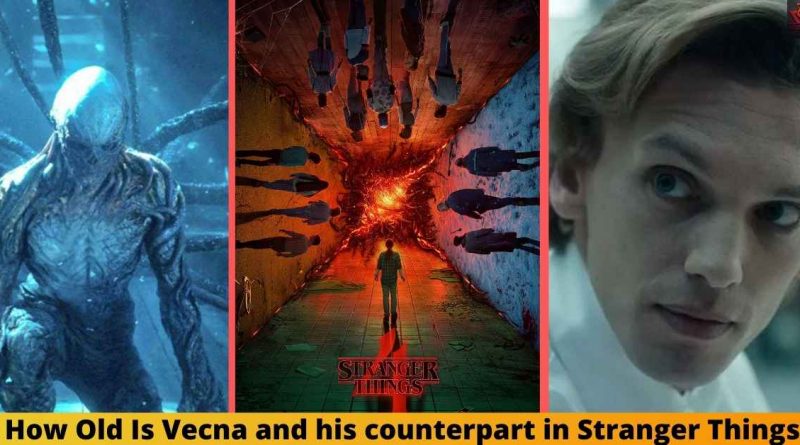 In the last episode of Stranger Things 4 Volume 1, Vecna was given a proper get-set-go; his life was uncovered, but one thing remains unanswered, How Old Is Vecna?

What is the story of Vecna we know so far?

Stranger Things Season 4 has given the fans its most terrifying and ruthless villain of all time; he might even be responsible for the past horrific incidents in Hawkins. His name is Vecna, but that’s not his real identity! Vecna’s birth name was Henry Creel, and once he became Dr. Berner’s first experiment subject, he became 001.

Although in the last episode of Stranger Things Season 4, Volume 1, Vecna and his entire past life were shown to the audience, in that episode, it was revealed how he became 001, who his biological family is, and that he was a human first before turning into a horrible creature. However, he was sick in his mind back then too.

But one thing that remains unknown is how old it is Vecna?

Compared to other supernaturals that have appeared on Stranger Things, like the Mind Flyer and Demogorgon, Vecna is much more dangerous and terrifying-looking. He has the ways of a psychopath. Not only that, he is a human by birth who was later turned into a killer creature.

We might not know exactly how old is Vecna yet, but we know that he uses different calculative approaches to kill his prey and haunt them with their hell. Volume 1 of the fourth season also uncovered Vecna’s reason for turning into a monster; we were given more than a glimpse of why he is attached to Hawkins.

We were immediately introduced to Vecna and his curse affecting the teens of Hawkins High in the first episode of Stranger Things 4. The first volume took the audience on an adventurous ride, showing plot twists, which led to fans having multiple speculations about Vecna and his background.

As Dustin suggests at the beginning of season 4, Upside Down has existed for thousands of years. It would mean that Vecna isn’t the only evil that has existed or still exists in there. But how old is Vecna? Let’s uncover some secrets.

We know that time in the Upside Down has been ‘frozen’ for some time. In that frozen time, we can assume that Vecna aged the same. If that is the case, Vecna should be in his mid-30s because, like everything else, he was ‘frozen.’

Vecna was banished to Upside Down by Eleven and became a monster seven years ago. Eleven defeated the Number One at Hawkins Lab, and since then, his identity as Henry Creel and One vanished. Now, let’s assume that he has not aged since the fight. That would mean- Vecna is still the same age as he was in 1979.

The third assumption can be made on the basis that Another possibility is that Vecna is in his late 30s if the age is counted in the year 1986. It is the current year according to Stranger Things season 4.

According to the newspaper article shown in Stranger Things season 4 Episode 3, Henry Creel was 12 years old at the time. The murders happened in 1959, and calculating his birth year becomes easy, which is 1947.

Raphael Luce, the child actor who plays Henry Creel, is around the same age as him. After Henry murdered his mother and sister, he was sent to Hawkins Lab as a test subject. There he met Dr. Brenner, who made him- One.

Henry Creel was 12 years old in 1959, which means in 1979, at Hawkins Lab, he must be in his early 30s. Jamie Campbell, the actor who plays 001, is around that age group too. After he tries to sway Eleven to run away with him from the lab, he tells her that he is One and goes on and murders all the other test subjects and staff present at the scene.

Later, Eleven defeats him and opens a portal to the Upside Down ‘accidentally.’ She banishes him there, and then he turns into Vecna.

Stranger Things has not given a confirmed answer to how old Vecna is. However, they have given information about his human age and other information.

But many mysteries remain unsolved, like- why has Vecna chosen now to act out, and why was he dormant for such a long time, was he waiting for Eleven to leave? Why is he targeting the teens of Hawkins High?

We hope the new volume will resolve queries like these in Stranger Things season 4, Volume 2. Viewers are both excited and nervous about getting to know the truth! 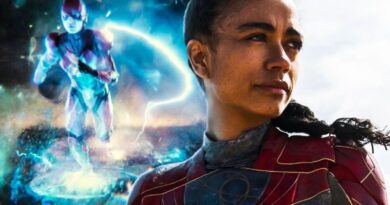 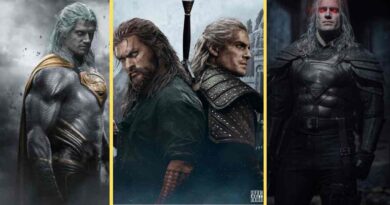 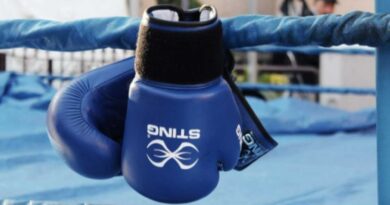