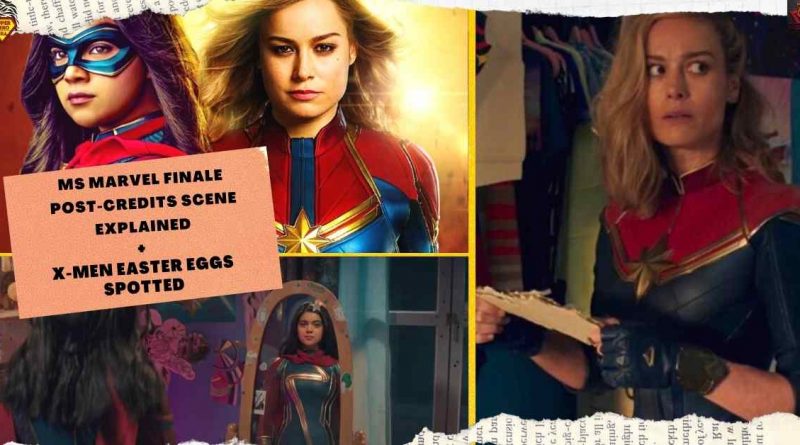 Post-credit scenes are the best way to tease and keep the fans hooked for future installments in the franchise. Whether your favorite superhero wears a cape or a suit, rest assured they will have a post-credit scene in their movie or tv show.

For today, Ms.Marvel is the subject of dissection for the post-credit scene, but before we do that, let’s briefly down what the show is about.
Ms. Marvel is an American superhero TV series created by Bisha K. Ali. The plot follows teenager Kamala Khan, a fanatic about the Avengers, who even writes her fan fiction about their superheroes, particularly Captain Marvel.

While attending AvengerCon, she cosplays as Captain Marvel and uses a golden bangle as part of her attire. The bangle projects cosmic energy upon wearing and causes havoc in the event.

Using her newfound power, she saves everyone, including her friend Zoe Zimmer. The unpopular kid suddenly turns into a superhero and learns about her heritage; how her life change is the central plot of the show.

If you are an MCU fan, it must be by nature now to stick around for the post-credit as there are always tit-bits that tease the future setup of the show.
Ms. Marvel as expected to follow suit after the finale of its first season, and the series had a significant reveal that sparked the creative brains of the theorists in the MCU fandom.

So, as mentioned before, let’s begin our dissection of the Ms Marvel post-credits scene and find out all the easter eggs hidden in it.

All Sub-Contents hide
1 MS MARVEL FINALE AND POST-CREDIT SCENE BREAKDOWN
2 CAPTAIN MARVEL IN POST-CREDITS SCENE? EXPLAINED
2.1 RECOMMENED:-Top 11 Most Unanswered Questions in Thor Love And Thunder?
3 WHERE IS MS MARVEL AFTER THE POST-CREDIT SCENE?
4 IS KAMALA KHAN A MUTANT OR INHUMAN NOW?
5 MS MARVEL FUTURE IN THE MARVELS
6 CONCLUSION

Let’s backtrack to the final episode, where we find Kamala telling her parents her superhero secret. To her surprise, her mother reveals she already knew about her powers and also gifts her a superhero costume.
D.O.D.C. is chasing Bruno and Kamran as Kamala arrives in time to save them. She calls a red dagger member for help and tells them to meet at the harbor.

Meanwhile, Kamala tells Kamran that Najma has died, so he starts fighting Kamala. She explains to him that her mother died and gave the powers to him as a mark of trust and to protect the world.

Kamran understands her words as he accepts his powers and responsibilities. Kamala protects everyone from a supersonic blast from the D.O.D.C., who is hounded by the police and mob.

The D.O.D.C. agent is fired as Kamala escapes and becomes popular on social media and in her school. Kamala s’ father feels proud of her as she finally manages to bring change to the city.
His father also explains the meaning of her name, Unique or Marvel, and Kamala takes on her superhero name as Ms. Marvel.
In the episode’s final scene, Bruno points out to Kamala that her genes are different than others as if some kind of mutation has happened.

Finally, in the post-credit scene, we see Muneeba reminds Kamala to do her science homework, and at the same time, her bangle starts emitting energy.
Suddenly, she is pulled through the closet door, and out comes Carol Danvers, aka Captain Marvel, with a bewildered look.

Firstly, it confirms that Ms. Marvel s’ bangles are indeed the Nega bands. For fans who haven’t read the comics, the Kree gave Nega-bands to Captain Marvel in 1969. In the comics, Nick Jones and Captain Marvel used them as gateways to swap back and forth with each other. We can see Kamala and Carol Danvers swap places but never exist together in the same scene. So, did Ms. Marvel Transform into Captain Marvel?

Captain Marvel in the comics can shapeshift her body and alter her appearance to her physical clothes. We want to point out that Kamala has not shapeshifted into Captain Marvel or vice versa because if she did, Carol Danvers would not have a bumfuzzle look upon arriving in Kamala s’ bedroom.

Shapeshifting is an intentional ability where the user knows the outcome. Judging by the quizzical look on Captain Marvel s’ face, it’s clear Carol hasn’t got a clue why she ended up in a teenager s’ bedroom with her posters on the wall.

In comics, the original Captain Marvel (Mar-vell), now stuck in the anti-matter or negative zone, swaps places with the earthmen Rick Jones when he holds two bands together. Our theory concludes that Captain Marvel has swapped places with Ms. Marvel instead of shapeshifting into Kamala in her world.

Now with Captain Marvel in Ms. Marvel s’ real world, this raises a question, i.e., where Kamala Khan goes at the end of Ms Marvel?

RECOMMENED:-Top 11 Most Unanswered Questions in Thor Love And Thunder?

WHERE IS MS MARVEL AFTER THE POST-CREDIT SCENE?

The simple answer is wherever Captain Marvel was in her dimension but let’s dig deep to unravel this mystery.

In Episode 3, we find out that there were two bangles, of which one was never recovered by Ms. Marvel’s grandmother Aisha. This second bangle came into the possession of Captain Marvel, who triggers it accidentally and swaps places with Ms. Marvel.

We believe Kamala is in a different dimension in outer space under Captain Marvel s protection. After the fight with Thanos in the Avengers: Endgame movie, she returned to this cosmos.

Our best bet is that if we go by the comic book theory of Mar-vell and Rick Jones, Kamala could be in the anti-matter or negative zone and eventually need rescuing.
Either way, Captain Marvel s’ future course of action will be intrinsically linked to Ms. Marvel in the upcoming Marvels show.

IS KAMALA KHAN A MUTANT OR INHUMAN NOW?

In the final episode, Bruno tells Kamala about her mutated genes, and if you listen closely, you can hear the X-Men ’97 Theme (composed by Haim Saban and Shuki Levy) playing in the background.

This revelation of Kamala s’ mutant makeup opens up multiple avenues for the future of MCU shows. The premise that Kamala could be a mutant opens a new can of worms which pop out to ask, why isn’t she an Inhuman?

MCU recently pushed Inhumans heavily in the Agent of Shield movie but didn’t get the expected response. This is mainly due to X-men being owned by Fox films, and it was apparent they wouldn’t let Marvel Studios use their concept in their movies.

But in March 2019, a 71-billion-dollar Disney-Fox deal was struck, which meant Marvel Studios could reel out their superheroes as mutants.
It may be a far-fetched idea at the moment, but we would not mind Ms. Marvel having a role in the next X-men movie. She always dreamt of being a superhero like her idol Captain Marvel. How cool would it be to see her getting trained by Professor X?

Regardless, Kamala Khan s’ character of Ms. Marvel will be now forth be portrayed as a mutant which begs a new question, How Ms Marvel sets up the Marvels?

MS MARVEL FUTURE IN THE MARVELS

We have already established where Kamala Khan is now, so what next? Her rescue act will likely be a storyline in the upcoming superhero film The Marvels.
Carol is on earth and would need to return to the negative zone to rescue Kamala. For this she would need the S.W.O.R.D.

The introduction of the space agency will begrudgingly have Monica Rambeau (who was recruited by swords and scrolls to go into space) helping Carol.
Carol and Monica will have to team up to go to the negative zone, find Kamala, and fight a galaxy-destroying threat, the villain Annihilus.

Annihilus was a significant villain in Fantastic Four, but after Marvel gets the rights, he will also feature in The Marvels. He is an insectoid who can destroy galaxies with his bug soldiers and will be up against Kamala, Carol, and Monica.

Director Nia DaCosta, who directed Ms. Marvel, will also be directing The Marvels, and she was asked in an interview how will she give sufficient screen time to these three characters, and she replied:

Captain Marvel has a history from the first film, Kamala will have her Miss Marvel show, and Monica Rambeau, we’ve only seen her a little in WandaVision. A lot of what we’ve been thinking about is what part of the journey do we need to see for each of them? How do we honor the part of the story they’re at in terms of the canon while also within our story making them equal?
The Marvels movie releases on 28th July 2023.

Ms. Marvel might have ended with just six episodes, but it has set up an exciting path for the next MCU movies. We can’t wait for Kamala to return and share the screen with Captain Marvel soon. 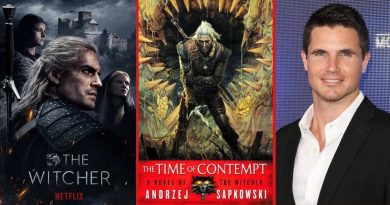 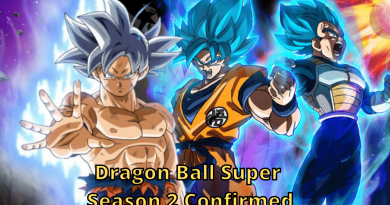 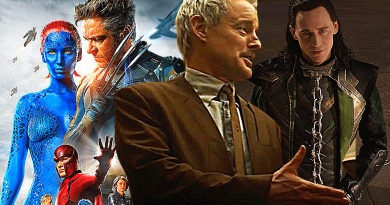 Ms. Marvel twist in the finale of the series is connected to the upcoming MCU movie, The Marvels.  Ms. Marvel