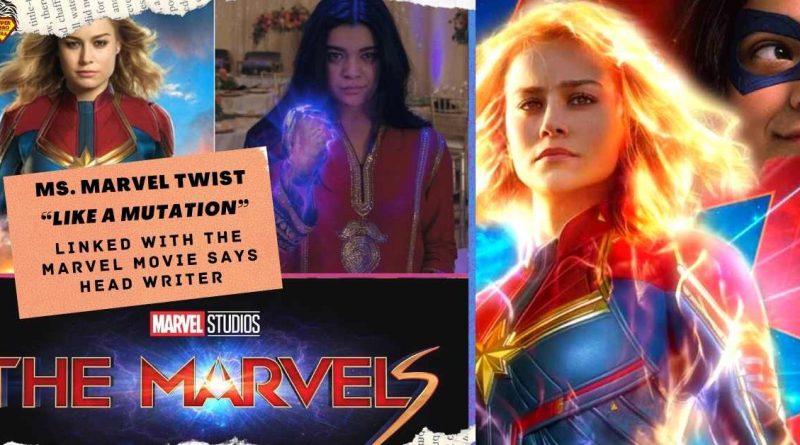 Ms. Marvel twist in the finale of the series is connected to the upcoming MCU movie, The Marvels.

Ms. Marvel has finished airing today, and like any fandom, the MCU fans have created a buzz with their theories and question for the future installments of the show.

A good superhero movie, they say, should always end with a cliffhanger, and boy didn’t Ms. Marvel follow it to a tee.

The big reveal in the conclusion of Ms. Marvel was Captain Marvel arriving in Kamala s’ bedroom after the latter is pulled through her closet door during the post-credits scene.

She finds herself surrounded by pictures of Captain Marvel as her face betrays a confusing look. She runs out of the bedroom saying, “Oh no, no, no,” as the screen goes black, followed by a title card reading “Ms. Marvel will return.”

So what just happened? It would probably be the first question on the minds of many fans. Well, firstly, the Captain Marvel cameo in the post-credit scene has laid the groundwork for the upcoming The Marvels movie.

Secondly, we have some interesting details given by the head writer of Ms. Marvel, Bisha K. Ali, in recent interviews following the show’s completion. Let’s get cracking, shall we?

The first big talking point about the post-credits scene was the swap vs. shapeshift debate. This was mainly caused because, in the comics, we find Captain Marvel using her shapeshifting powers frequently.

So has she transformed into Kamala or just swapped places?

Writer Bisha K. Ali was asked the same question in an interview with Deadline and she confirmed by saying:

That is Carol Danvers in Kamala’s bedroom. What you’re seeing is exactly what you think you’re seeing. That’s her, there’s no magic there. All I can say beyond that is to enjoy the movie in one year’s time.

She again confirms it’s a swap, not a transform in an interview to Variety:

Correct. It’s an important distinction, just because in the comic books, that’s something that [Kamala] does — she can change how she looks, and she looks like Carol Danvers in Issue 1 of the comic book. She’s not turning into Carol [on the show]. That’s Carol Danvers standing in Kamala’s bedroom.

Well, there you have it from the writer’s mouth itself. This detail is vital as Carol swapping places with Kamala would imply that Kamala is wearing the Nega-Bands.

For fans who haven’t read the comics, the Kree gave Nega-bands to Captain Marvel in 1969. The bands grant the user to swap places with someone who is also wearing the bands.

In the comics, Nick Jones and Captain Marvel used them as gateways to swap back and forth with each other. We can see Kamala and Carol Danvers swap places but never exist together in the same scene.

Ms. Marvel’s twist in the final episode, aptly titled “No Normal,” has a deeper meaning than it lets on the screen.

Bruno reveals to Kamala something is different in her genes, like a mutation. But Kamala, unbeknownst to this reveal’s value, shrugs off by saying, “Whatever it is, it’s just going to be another label.”

Head writer Bisha K. Ali was asked about this particular scene, and she said:

“Oh my god, the best day of my life!” However, this wasn’t always the plan. The creative team wanted it to feel organic and not forced, and as Ali continues, “It wasn’t from the beginning [of the show].

She also stated why Kamala was chosen as the first MCU mutant:

With Marvel, something’s always a moving piece, and we’re trying to solve this question of, ‘If any of [Kamala’s family] put the bangle on, would they have powers?’ The answer was always no, from a character perspective, no.” So, from the get-go, making Kamala different from the rest of the Khans made sense.”

So, with that said, we can officially confirm that Kamala is indeed a mutant, and fans can also expect her to have hopefully a significant role in the future MCU movies.

IS MS. MARVEL AN OUTLAW?

Before we connect to the Marvell movie, let’s delve into the comics to uncover another essential detail regarding Ms. Marvel’s legal history.

One-shot issue 18th March, 202 Outlawed introduces a law by the U.S. government called Underage Superhuman Welfare Act which states that an underage person can legally act as a superhero with an adult hero as a sponsor.

In short, the Act, which they nicknamed Kamala’s Law, outlawed superheroes below twenty-one years of age.

We believe this detail is important as the law cites Kamala as a vigilante. She isn’t sponsored by an adult superhero, thus rendering her actions illegal. No wonder the D.O.D.C. and U.S. government are after teenage superheroes like herself.

Bisha K. Ali was asked about this specific detail about the over-policing of Ms. Marvel, and she said:

The Damage Control of it all was, I mean, I don’t know if I could have put the analogy in a clearer light in terms of the over-policing, the profiling, and the surveillance of Muslims. I think the thing to know is that Agent Deever is going rogue. So there’s a bit of flexibility there because I didn’t want to say all of Damage Control are overreaching. And that is how we want to also keep it within MCU-land and not use a real government agency in any way. But that’s our way of telling that part of the story that’s inherent to Kamala and who she is and to the community that she’s in.

She was also asked if Marvel studios are planning to introduce D.O.D.C. agents in the future MCU movies, and she replied:

I mean, Marvel fiddles all over, so I can say it’s specific to just those characters. I would say not, to my knowledge, was any of it geared towards anything in particular, aside from making the show as good as it could be.

The writer keeps her cards close to her chest as she says, “I have to. They will eat me alive!”.

WILL MS. MARVEL JOIN THE X-MEN IN THE MCU?

A brilliant question which, sadly, as of now, we have no official confirmation yet. But the signs of Kamala meeting and joining the X-men look bright.

Kamala isn’t thrilled about Bruno disclosing the truth about “like mutation“ genes. But we, as viewers, not only visually but also audibly can hear the X-Men ’97 riff playing in the background.

If that’s not obvious, let’s close at the title of the final episode, “Not Normal,” which indicates the abnormal or mutant-like makeup of Ms. Marvel in the MCU.

Now let’s take some cinematic point of view as on March 2019, a 71-billion-dollar deal between Disney was struck, which meant Marvel Studios could reel out their superheroes as mutants.

We can further build a case that X-Men coming into the MCU is a possibility by this interview to Collider given by Marvel studio President Kevin Feige, who says:

It has been heavily discussed, as you might imagine. And we have a good feeling of where it’s going and when it’s going, but that all remains to be seen.”

Kevin Feige also confirmed that the MCU panel would be present at this year’s Comic-Con, scheduled to take place on 22nd July . We expect some significant updates from Hall H as Kevin told the reporters:

We’ll be at Comic-Con next month, which we’re excited about. First time since we were on stage three years ago talking about this movie and many others. And now, I think, almost, not everything but almost everything we discussed three years ago that was released, so we are excited to go and talk about the future.

Considering all these factors, we would not be surprised if Professor X gets his next mutant in Kamala, aka Ms. Marvel.

The Marvels movie releases on 28th July 2023, and we could be ultimately edging towards an extensive and creative change in MCU. 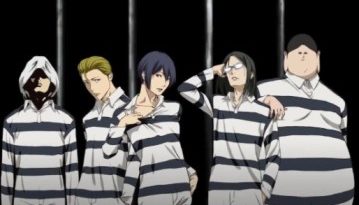 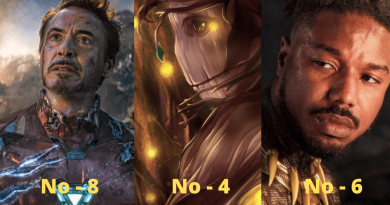 Top 8 Moments Of MCU That Can Never Be Forgotten