Parallel World Pharmacy season 2, will it be renewed or not?

The beauty of isekai is that it can offer infinite possibilities of pairings with different sub-genres. We have all seen the generic Isekai-overpowered MC beating up the bad guy in a parallel world, but what if a pharmacist is transported in his sleep into another dimension and becomes the savior of a kingdom.

At first glance, Parallel World Pharmacy would appear as a seen it before isekai anime, but that’s where it breaks the barriers of familiarity and presents a new look into this medical field.

Parallel World Pharmacy, or Isekai Yakkyoku, is a medical-isekai anime developed by Diomedea that is based on the light novel written by Liz Takayama.

The plot follows a Kanji Yakutani mourning the loss of his little sister and pledges to cure any patients in remembrance of her memory. Tragedy strikes, and Kanji dies aged 31 due to overworking himself in treating everyone.

Kanji wakes up and gets transported into a medieval world, where he transforms into a ten-year-old boy named Falma de Medicis. His family is medical practitioners in this new world who only serve the royal family.

Falma learns of the Divine Arts the world holds as the elements of Fire, Water, Earth, and Air can be summoned, including all the elements from the periodic table.

Falma also possesses the divine eye that can detect any diseases within the human body and also hosts a divine deity within his body.

He is quickly sent under the guidance of Elenore, who is shocked when she learns of Falma s’ magical capacities and suspects him of being a Panactheos, ruler of Divine Arts.

Falma notices the marginalization of medical facilities available to the nobles and commoners in the San Fleuve Kingdom.

Can Falma remedy this situation by opening his pharmacy by keeping the memory of his sister alive is the central plot of the show.

The anime community has been impressed by the show’s unique approach and has already developed a sizeable fanbase.

Fans of the show are already wondering if there will be a second season. If you are one of them, keep scrolling to learn more about Parallel World Pharmacy season 2.

The first season of Parallel World Pharmacy premiered on 10th July 2022, and the series is listed for 12 episodes, out of which it has finished airing 7 episodes.

As of writing, there is no update from the creator or author for a renewal of Parallel World Pharmacy season 2.

It’s understandable because there are many factors the studio considers before renewing for a new season, like the source material, disc sales, and domestic and international viewership.

If we look at the episode ratings, the series has only gone from strength to strength. Episode 8 received the highest rating of any episode of 8.1, which is a positive sign for renewal.

According to Anime trends, the show is in 19th position, but it reached a peak position of Number one. Furthermore, the official Twitter account received the fourth most followers increase in July.

The light novel has been published in eight volumes and is currently on an indefinite hiatus since 21st June 2021. The first volume was published on 23rd Match 2017.

A manga adaption of the light novel was also written by Liz Takayama and illustrated by Sei Takano. It began serialization in Comic Walker magazine in 2016. The manga has been collected into eight volumes, and the latest issue came out on 22nd March 2022.

Parallel World Pharmacy manga is rated 7.3/10 and ranked #3919 with 14k members on MyAnimeList.

The light novel and manga have sold over 2.3 million copies together.

The anime has been relatively faithful while adapting the plot from the light novel. It removed certain scenes like showing the construction details of the pharmacy, Princess Elizabeth s’ reaction to seeing Falma s’ power, and her sending a letter to duel with him.

Even in the latest episode, i.e., 7th, we see a few details being cut like demons s’ existence, Falma s’ horse returning to the pharmacy and Solomon s’ leg surgery.

Looking at the anime’s pacing, it’s safe to predict that season one will end with episode 12 adapting chapter 39 from the manga and the light novel’s second volume. Essentially, the series would like to leave the viewers with a cliffhanger, so climaxing season one with the Black Death Plague arc would be ideal.

In the second season, [SPOILER WARNING], the San Fleuve Kingdom will be attacked by evil spirits, which will make them distraught. Falma is the kingdom’s savior who had already relieved them from the Black Death Plague. Here also, his magical powers would be required in the army.

We saw in the first season how Falma uses modern techniques to cure patients, and as a result, he attracts buyers for his medicines from the Apothecary guild.

Those who rejected modern medicine died in the plague, and the survivors wanted Falma s’ drugs to avoid bankruptcy.

Here we see, Falma getting suspicious of Palle, who seems to have knowledge of medicine from Falma s’ previous life.

RECOMMENDED:-LEGEND OF THE GALACTIC HEROES SEASON 4 CONFIRMED WITH RELEASE DATES AND TRAILER REVEALED

The show is directed by Keizo Kusakawa and written by Wataru Watari. The characters are designed by Mayuko Matsumoto, and the music is composed by Satoshi Hono. Animation is developed by Diomedea.

You can find the list of Parallel World Pharmacy characters and voice actors below:

Fans of Parallel World Pharmacy would be hoping season one becomes a financial success because there are many exciting stories left to be told in season two. 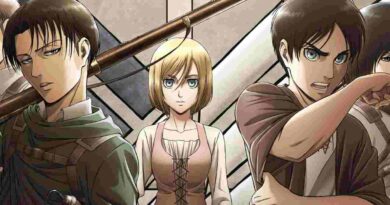 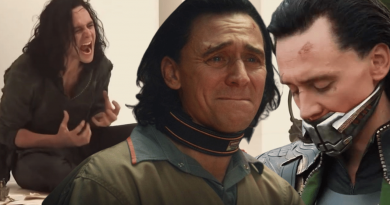