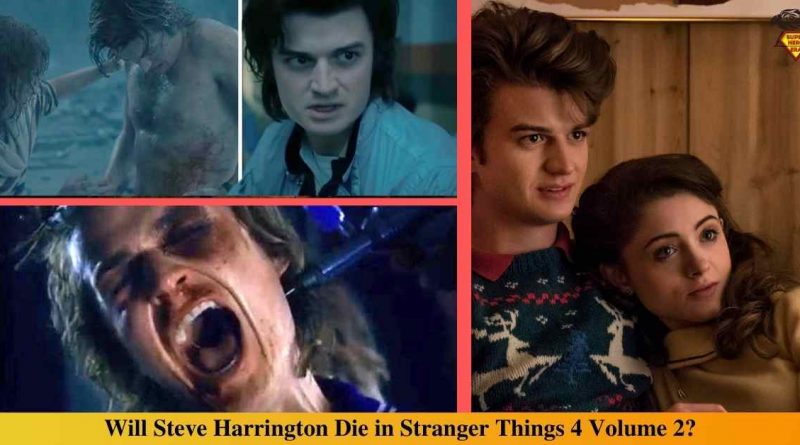 Although every character in Stranger Things Season 4 Volume 1 is in danger for their lives, the death of Steve Harrington is more prominent and feared.

PS- THERE ARE SPOILERS for Stranger Things season 4, Volume 1 IN THIS ARTICLE!

The answer to Will Steve die in Stranger Things Season 4 Volume 2 is a mystery for now, but we can deduce some possibilities in which he can die.

Steve Harrington, played by Joe Keery, is one of the most loved characters on the show, and hence the fans are concerned about his death in the upcoming volume. Although as volume 1 ended, he was injured and most likely to die among all of them.

Unlike the previous tradition of Stranger Things, where they kill off one of their well-doing characters and leave the audience in shock, Stranger Things Season 4 Volume 1 did not follow this tradition. But the night is still young, i.e., volume 2 is yet to be released this season, and the danger for those characters is not over.

The Duffers have already warned that the second volume will not be so easy for the cast. The teaser for Stranger Things seasons four and 2 confirmed that Nancy would survive volume 2, which means the cliffhanger will end well for her. But the Vecna’s curse could still be fatal for many.

Steve Harrington and his history in Stranger Things

Steve Harrington was playing the part of an antagonist in Stranger Things season 1, and he used to bully Jonathan Byers, played by Charlie Heaton and insulted Nancy Wheeler many times. But he grew on the audience and became a favourite character in season 2 because of his help and friendship with Dustin Henderson, played by Gaten Matarazzo.

Who else is in danger in Stranger Things Season 4?

Season 4 makes the circumstances for Steve dicer. He will not only be beaten up by a human this time, and the Demobats bit him in volume 1. The attack happened at Upside Down’s entrance, leaving many in shock and thinking this might be the end for Steve Harrington.

Robin, played by Maya Hawke, fears dying from rabies and is pointing out again and again that Steve might be infected. It suggests that this fear is an indication of one of the possibilities. Steve has dodged his death multiple times in previous seasons, so can it be that this might be his end finally?

Also Read: Stranger Things Season 5: A Necessary Change in the Cast Ages will be implemented

What other theories suggest that the time of Steve Harrington has come to an end?

Other than his painful and undeserving death from the injury from the Upside Down’s Demobats, there are other possibilities as to how Steve might die in this season. One of the fan theories is that Steve Harrington has fulfilled his character’s needs in the show and has reached the climax of his character development.

It means that there are not many things that the show makers can do with Harrington anymore, and his journey from an antagonist to one of the gang members is completed.

The next theory can be his flirting with his ex-girlfriend Nancy Wheeler, who, by the way, is dating Johnathan Byers. As Nancy and Johnathan are having trouble in paradise and the relationship might be broken from either side, it can be likely that Nancy and Steve might get back together. But their romance might be short-lived.

Stranger Things season 4, volume 1, made numerous scenes, making it evident that Nancy and Steve can get back together. There is also a sense of chemistry that the couple is showing that has been absent since season 1. The return of the Nacy-Steve power couple might be the last piece of the puzzle which is his life.

Stranger Things is yet to kill off one of its main characters, and this may be pointing toward Steve Harrington’s death and his story getting over before his friends.

It was rumoured that the Duffer brothers wanted to kill off Steve Harrington’s character in Stranger Things season 1. Still, they realised that nature was essential to the story and would be integral to the main cast’s storyline.

Steve Harrington, since season 1, has been that heroic character of Stranger Things who has stood before the people he loves and takes care of their well-being. In Stranger Things Season 4 Volume 2, we can speculate that he might give up selflessly to save Nancy, Dustin, his friend Robin, and even other loved ones.

In 2018, in an interview with TVLine, executive producer of the show, Shawn Levy told the viewers that he might leave the shoe if Steve Harrington was killed off from the series. The fans are hoping that this might stop the other team members from killing off Steve Harrington; he is loved among the fans and brings ratings to the show. 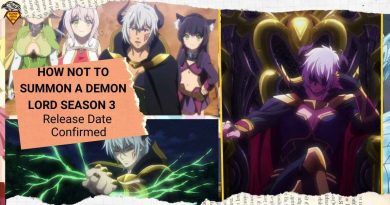 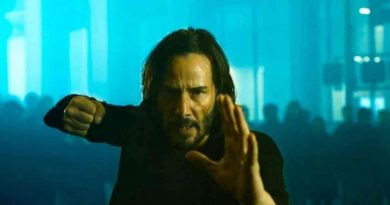 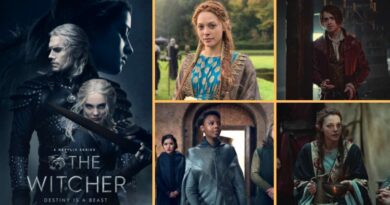