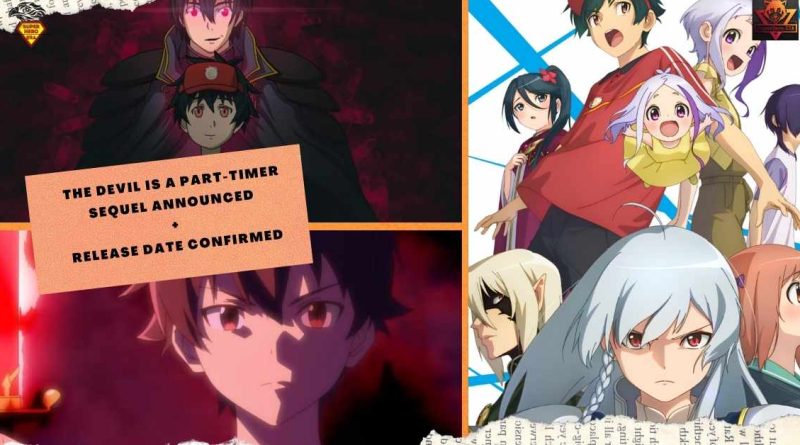 When you think about the isekai genre, typically, you think of a weak character going to another world of magic, but what if the Devil was brought to our world with his magical abilities significantly reduced and forced to live an ordinary working-class life?

The anime adaption of Satoshi Wagahara s light novel Welcome to The Devil Is a Part-Timer presents a unique predicament for Satan to deal with in the real world.

The premise begins with the magical dark lord Satan waging war in order to conquer the continent, but he is opposed by the hero Emilia and the human armies. They have pushed back the demon forces to the point of collapse.

In a final move king, Satan opens a portal and jumps through with one of his four generals Alciel to a random world in order to tactically retreat, with his final words being “I’ll be back.”

Satan is transported into modern-day Japan, where he can’t use magic, so Satan and Alciel must find a way to return to his world.

Now with his trustworthy housewife by his side in human form, they must face common man problems such as applying for jobs, household chores, and the most terrifying thing for an adult financial responsibility.

Through police officers, they learn a great deal about their new home. They use what magic they have left to get a residence, assume the name Sadao Maou and Shiro Ashia, get a bank account, and finally, a part-time job at the local McDonalds spoof, MgRonald.

At MgRonald, part-timer Sadao Mao works alongside young Chiho Sasaki, who has feelings for him.

During their first couple of months in Japan, several areas are hit with small earthquakes, and disastrously the fry cooker at the McDonald’s breaks which leads to Sadao contemplating whether to use magic to fix it.

Through his constant hard work, Sadao is given a permanent position at the fast food chain, but later that night, while riding his bike to home, he’s confronted by a woman who witnessed him attempt to use his magic to fix the fryer.

She is revealed to be the hero Emilia who had followed Satan and Alciel through the gate and has been living in Japan, working at a call center under the name Emi Yusa.

Emi is saddened when she learns Sadao has an apartment and lives a better lifestyle. Hereon, begins the battle of two nemeses who once fought over Isla and now strife to climb up the corporate ladder.

The Devil is a Part-Timer is incredibly popular in the isekai fandom and has successfully completed two seasons. As always, when a season ends for a popular series, fans are desperate for the next installment.

Before the final episode of season two, the demand for The Devil is a Part-Timer Season 3 was already rising. Luckily, fans weren’t disappointed either, so keep reading to learn more about The Devil Is A Part-Timer sequel.

WHAT IS THE DEVIL IS A PART-TIMER SEQUEL RELEASE DATE?

The website mentions the next installments as a sequel rather than a third season. Hence, we can expect the sequel to be titled as The Devil is a Part-Timer Season 2 Part 2.

There is no official confirmation on a premiere date for the sequel, but looking at the past release schedule, we can expect The Devil is a Part-Timer sequel Trailer,, and the premiere date to drop in summer 2023.

THE DEVIL IS A PART-TIMER LIGHT NOVEL CATCHUP

The Devil is a part-timer light novel written by Satoshi Wagahara and illustrated by Oniku. ASCII Media first published its Works on 10th February 2011, with 21 main novels, two prequels, and one spin-off.

There are 21 volumes of the light novel, and the final issue came out on 7th August 2020.

The Devil is a Part-Timer manga written by Satoshi Wagahara and illustrated by Akio Hiiragi and was first published by ASCII Media Works on 27th June 2012. The final issue of the manga came out on 27th April 2015.

THE DEVIL IS A PART-TIMER SEQUEL PLOT

The finale of season two, “The Devil and The Hero Focuses on What’s happening Right Now,” starts with Suzuna asking Maou where to find Raguel, to which Maou replies Raguel used the tv signals to fire the sonar. He could be hiding in one of the two towers.

Maou asks Urushihara if it is possible to locate Raguel, and the latter suggests that it can be done by using Docodemo s cell tower by controlling its intensity. Emi flies off to the tower and finds Gabriel waiting, which results in a small battle between the two.

Emi asks why the angels want her mother, and Gabriel explains that she is a child of an angel and a human, which disrupts the natural order of heaven. Furthermore, he reveals her father, Justina, is alive and is living on earth.

Maou and Alciel discover that Raguel is the same American Tourist they met earlier and prepared to find him, but Gabriel intervenes for Raguel to make a quick escape.

Confused about the recent revelations, Emi struggles to find the will to fight, knowing her father is alive. But Alas Ramus cheers her up, and she resumes the fight against the two angels.

She knocks out Gabriel, and his clones also perish, and at the same time, Chiho shoots an arrow toward Raguel, draining all his magical energy.

The two angels give up and escape the scene, while Maou is bewildered about what happened to Chiho. Chiho shoots an arrow towards the sky, which returns all the lost mana and returns Maou in his human form.

The season ends with Chiho asking Maou to restore Isla and the demon realm while everyone watches TV.

The second season ended on the fifth volume of the light novel, and it’s expected The Devil is a Part-Timer sequel will pick from volume 6 and adapt till volume ten.If the sequel adapts the four light novels, in that case, we can also expect a two cour season.

In the sequel, we will see MgRonald s’ second floor fully renovated, and a new devil will enter the fray, complicating the plot further. Chiho gets a tutorial on Idea Link, which is a form of holy magic that allows them to communicate and give warnings of troubles.

Emi s’ emotional struggle continues with the revelation of her father s’ identity and becomes a lost cause.Chiho and Maou disappear and are trapped in a magical barrier that catches Sariel s’ attention, who warns Maou to return to Isla and lead the demon army.

THE DEVIL IS A PART-TIMER CHARACTER, CAST, AND CREW

The Devil is a Part-Timer Season 2 was directed by Daisuke Tsukushi, who replaced Naota Hosoda from the first season. There was also a change in the studio, with 3Hz taking over from White Fox. Yudai Lino designed the characters, and Yoshiro Takeda replaced Atsushi Ikariya as the chief animation director. Masahiro Yokotani scripted the show, and the music was composed by Lantis.

The staff is yet to be announced, but we can expect the second season crew and studio to reprise their roles for the Devil is a Part-Timer sequel.

You can find the list of the Devil is a Part-Timer character and voice cast below:

Thankfully, fans of The Devil is a Part-Timer don’t need to wait for another eight years for renewal. Satan and his friends will be back in 2023 to serve your fries and save the world. 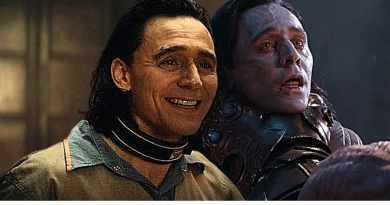 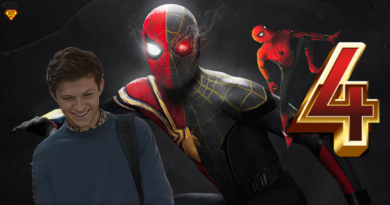 Kakegurui season 3 gambling for a renewal! If you spend much of your life online pursuing the strange, weird shows