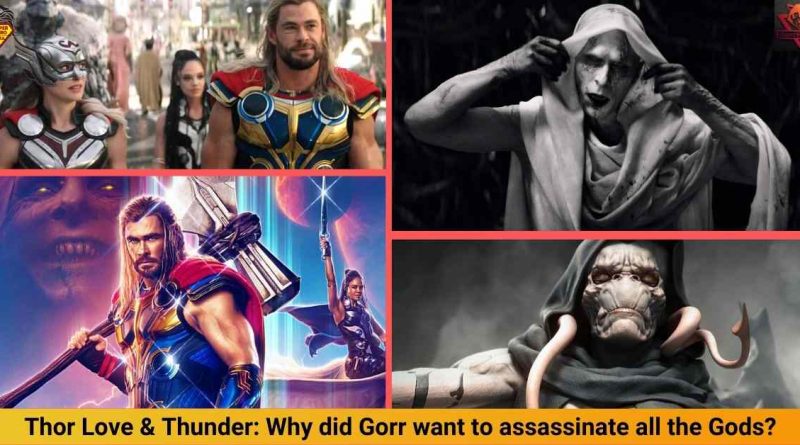 The all-new trailer of Thor Love & Thunder reveals Gorr the God Butcher, played by Christian Bale. But why did Gorr want to kill every god out there?

Marvel recently released the official trailer of Thor Love & Thunder trailer a month after releasing the first teaser. We see Korg narrating Thor’s after Endgame life from the beginning of the trailer. Thor worked hard after the last Avengers movie and got back his physique, but to his surprise, the Mighty Thor makes an entry, and it is none other than his ex-girlfriend Jane Foster.

But there was more that would surprise all Marvel fans got when they saw ex-Batman Christian Bale villain Gorr; he looked very much like what was written in the comic books. Well, for a person who has already read Marvel comics, it could have been predictable. Gorr is going to be the main protagonist in the upcoming Marvel movie.

Although the team of Thor 4 managed to keep the big revelation about Christian Bale joining Marvel a secret. When they finally made the announcement, fans were utterly shocked but in a good way. One more talented artist has been added to the Marvel family.

The details of Gorr as shown in the trailer

“The only ones who gods care about is themselves,” -says Gorr in Thor Love & Thunder.

Thor Love & Thunder seems to revolve around Gorr’s attempt to kill Thor. In the comic books, Gorr despised the gods and made an oath to kill every last one of them. In the Marvel Universe, Gorr has already killed few, he was successful in killing gods of death, chaos, poetry, jealousy, war, fear and flowers.

After killing so many of them, his rivalry is with Thor’s God of Thunder. While going against an opponent who has the power of regeneration and is scary looking is not going to be easy for Thor and the team. The movie is bound to get more exciting with every fleeting moment.

What do we know about Gorr the super villain from the comic book series?

Gorr the God Butcher was introduced in the latest trailer of Thor Love & Thunder. Gorr is the one who swore to assassinate all the gods. The backstory of Gorr, as per Marvel’s website, tells the audience that he is a native of a nameless planet. He is shown as crippled man in one of his legs.

Although it seems like Gorr had his reasons to want to kill every God. When he was just a kid, he lost his parents; ever since then, Gorr was sceptical about the very existence of God; he thought, how could God, who has all the power in the world, be selfish enough to separate him from his parents.

As if there were not enough miseries in his orphan life. When he finally formed a family of his own, he later lost his wife Arra and his children, all daughters and sons. He was even betrayed by his own kind, when he questioned the existence of God he became and outcast from his own planet, they pushed him out.

Later Gorr found power to fight the gods, he was motivated by the problems he had to face in life; he embarked on his quest to assassinate Gods. He has an Ancient Symbiote of Power and All-Black the Necrosword. The All-Black or the Necrosword, is a weapon whcih bonds itself to Gorr. This weapon not only provides him with ability to regenerate but also gives him a lot of strength, like it is said that who ever posses the hammer of Thor, they must get the powers of Thor.

can it be like the Mjolnir? We will get to know soon enough.

Why Gorr want to kill the Gods, the extended motive?

All the reasons mentioned earlier were only the beginning of what Gorr has against all the Gods.

Gorr’s misery started at a very young life, and his planet was in a constant state of distress. In the comic books, Gorr had a miserable environment growing up. His planet was plagued by starvation; Gorr and his few citizens were convinced that only God could solve their problems, so they turned to them.

However, the omnipotent Gods couldn’t help them or answer their prayers. After losing his family twice, once parents and the other time his wife and kids, Gorr turned an atheist. But later found out they do exist; from then, he was filled with the feeling of vengeance towards all God.

Gorr was convinced that Gods have a responsibility towards the human race because they are certainly more powerful and can erase all the problems from the world. He blamed the gods for the tragedies on his planet and in his life. He started believing that Gods were ‘selfish’ and ‘incompetent’.

Thus, it is clear that the movie will be set around Gorr, the character of Marvel comic books, and he will have a similar look and shared hatred towards Gods.

The cast of Thor Love & Thunder

The cast of Thor Love & Thunder consists of some very decorated actors. Chris Hemsworth as Thor, like always. Natalie Portman as the Mighty Thor, this is her first-time playing Thor and second movie of the franchise. And one and only Christian Bale and Gorr. The cast is filled with more talented artists, and things are bound to get epic.

The fourth movie of the Thor franchise: Thor Love & Thunder, is set to release on 8 July 2022. Chris Hemsworth aka Thor is the first MCU superhero to get a fourth movie.

Marvel Studios has introduced many new characters ever since the original cast of Avengers either died or retired. They are introducing a new character, villain Gorr who has a vendetta against our heroes. It will be noteworthy how Thor’s Love and Thunder will portray him in a dramatic or psychopathic aura.

Our hunky Thor is on a mission of self-betterment and self-growth; he says he wants his hands to become “tools for peace”, which clearly shows Thor is becoming the exact opposite of what Gorr has made him be.

Can Gorr’s arrival distract him from his path? Or will it intensity Thor’s determination to become the best version of himself? All this will be revealed in Thor 4, the last movie in the Thor franchise. 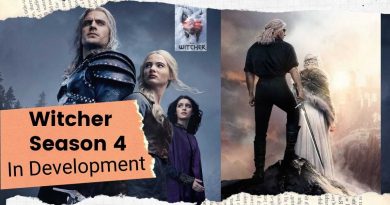 Director Stephen Surjik: Witcher Season 4 Has Been Mapped Out 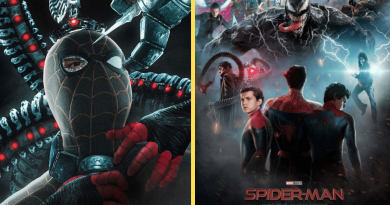 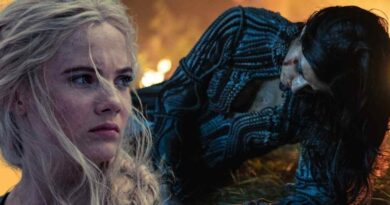 How Chaos & Magic Work? in The Witcher Series