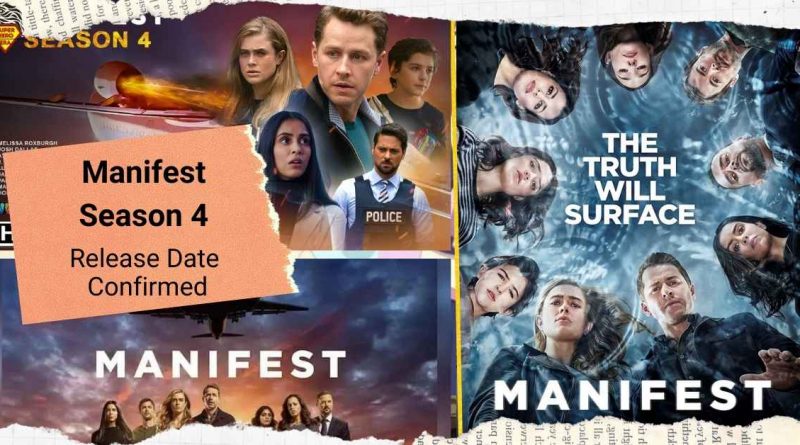 Time to fasten your seat belts, Manifest Season 4 is here to take off!

It’s not quite often that a canceled show gets a new season, but it seems not to with NBC s’ sitcom Manifest. The supernatural drama directed by Jeff Rake was canceled after three seasons leaving the viewers with a tense cliff-hanger.

The show’s fans have been asking, Will there be a season 4 of Manifest? In response, Netflix confirmed that a renewal of the show in the form of Season 4 Manifest is on the cards.

The show’s premise follows, a plane 828, full of passengers, takes off from Jamaica in April 2013, destined to land in New York, and experiences turbulence mid-flight. Upon landing, the year is 2018, and passengers are shocked to learn that they have been on the air for more than five years. They start experiencing voices and visions that shows what lied ahead and accept reality.

With that said, let’s dig in deep and find out more about all the relevant details about the new season of Manifest.

What is the expected Manifest season 4 release date?

On 28th August 2021, Netflix picked up the canceled show and scheduled for  a renewal of the new season. In reply to author Stephen King, Jeff Rake, the director of the show, quote tweeted back an expected release date. He said November 2022 is what can be expected for the premier of Manifest Season 4.

The premier date was not mentioned, but fans of the show had fun theorizing the date of the release to the show’s plot. The theoretical date included 4th November as in the show flight 828 came back on the same date after disappearing for five years.

This date would be redeeming , as show got negative press after its cancellation. The marketing and promotion team can play on this for a teaser release.

How many episodes will Manifest season 4 have?

Manifest season 4 will have 20 episodes for the final season.In addition, the release schedule will be in two parts. As of now it’s not decided if the first ten will make part 1 of season 4. A 12-8-episode release can’t be out of question. I suppose it depends on how Jeff Rake wants to build the climax.

Jeff Rake wrote  6 seasons before the cancellation, but now he has to squeeze a lot of content in just 20 episodes. In an interview (Source: EW), he stated that 20 episodes give him enough time to tell the rest of the story  intended to.

The episode count of Manifest Season 1-3 is as follows:

What is the plot of Manifest season 4 ?

The finale of Manifest Season 3 (Mayday part 2) had a thrilling end as Ben s’ wife Grace was killed by the fanatic, Angella. She also managed to kidnap Grace s’ child, which left Ben broken. Another moment was a surprise, reappearance of Ben s’ son, Cal. He came back as a grownup which implying some paranormal enforcement was at work.

This show is famed for its twists and turns, and nothing is certain. With that in mind, Is Grace dead? Is the first question Season 4 should have an answer for. Her death also implies a more profound meaning that should be told later.

With Cal coming back, it raises some suspicion about Ben and his involvement with the plane wreckage. The entirely aged Cal can be a sign of intervention from the supernatural force to stop Ben from investigating the destroyed plane.

The series will possibly take a Biblical turn as Ben is perceived to be Noah. The plane is an ark, and the voices could be gospel epiphany. Time travel is the worst kept secret about the show (viewers of LOST would agree with me).

Manifest Season 4 will sure have lots of questions to answer. A rewatch of the season is a good option for some hidden clues.

Why was the show cancelled after Manifest Season 3?

There are multiple reports and rumors of the show being stopped after three seasons, and the first and most popular one is that the show lacked the numbers. This is plausible and acceptable, as you can see from the Season-wise ranking/views table below:

Another reason out there is that Warner Bros. Studios could not get the cast together in agreement. This could be because of indifference in pay, lack of excitement for the show, or possibly expensive production costs.

Whatever the reasons were, it’s all null and void now as fans can now look forward to the new season.

The series is directed by Michael Smith and written by Jeff Rake. Casting is done by Julie Schubert, while Danny Lux provides the music.

It’s expected that most of the Manifest cast shall be back for the new season. In fact, as of writing, the first part of Season 4 is already under production. With the change in the timeline, some new characters will also be introduced.

Athena Karkanis, who plays Grace, won’t be returning as her character dies in the season 3 finale. The older version of Carl will play by Ty Doran, thus replacing Jack Messina. Minor characters like Detective Price and Captain Kevin will also be on screen.

It’s reported that the cast got a ‘pay-rise’ for season 4 Manifest, and the budget of episodes has also increased to 5 million dollars.

The details of the cast and crew can be found below:

Jeff Rake is buzzing about the new season, and so are the fans of his show. Kudos to Netflix for picking up the show after seeing the support campaigns on social media. Hopefully, the new season kicks off with a flyer. 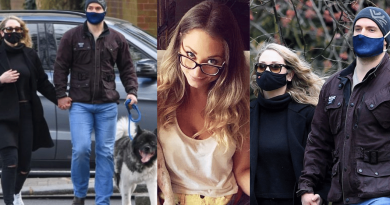 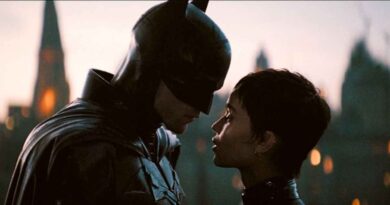 Riddler May Face Difficulties As Shown In The Batman Movies Trailer