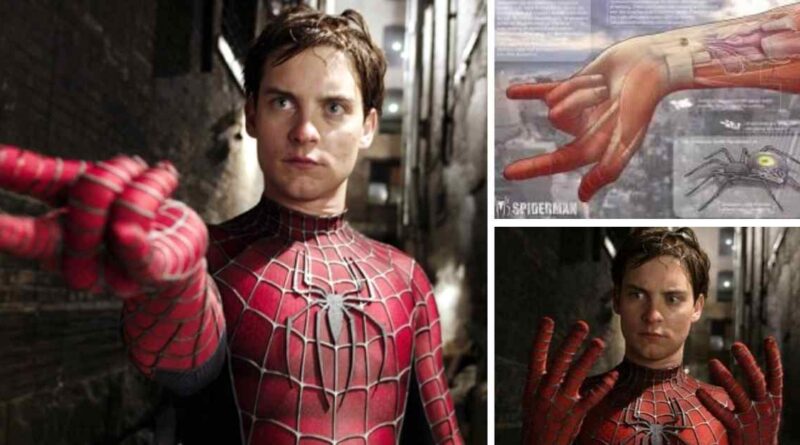 Sam Raimi, an American Actor, and filmmaker made the first cinematic adventure of Spider-Man from Marvel Comics. He has become famous for making the first-ever Spiderman trilogy with Tobey Maguire.

The plot of Spider-Man originates from Stan Lee Marvel Comics, involves a school-going student named Peter Parker who has a crush on a popular girl in the neighborhood named Mary Jane. During the trip of science class, Tobey Maguire playing the role of Peter Parker, got bitten by a genetically-engineered spider which gives him a lot of powers.

Peter tests his abilities in a wrestling match from which he wants to earn money. That night, his uncle Ben is murdered by a thief from the match who stole all the money. After that, he began saving people from thieves, muggers, etc.

The genetically engineered super spider bite gave Peter Parker strength and another identity to be a superhero, Spider-Man. Tobey Maguire’s version of spider man is shooting webs from his hands. However, the Tom Holland version and the comics have shown spiderman differently.

Why does Tobey Maguire’s Spider-Man have Organic Web-Shooters?

Interestingly, during the development of the Spider-Man movie, Peter Parker was officially intended to use the mechanical web-shooters shown in the Comic Strip of Marvel.

In various Spiderman footages, Peter Parker, Tobey Maguire was testing the mechanical web-shooters, which were basically for the promotion of Spider-Man video game. However, at a point, Sam Raimi decided not to use web-shooter devices but give Peter the power to generate webs like a spider.

Reasons behind Raimi’s decision not to use mechanical web-shooters are: First was that because of spider bite, Peter got a lot of abilities, like climbing on walls, heightened reflexes, speed, and strength. Raimi thinks that the ability to generate webs is not given in the comics, so he adds this power to Tobey Maguire’s Spider-Man.

The second reason is that Raimi found it odd that Peter Parker, a genius but a school student, could get the resources to make this device, which the government or the private companies couldn’t use to create one.

The Marvel Comics original version of Spider-Man used the mechanical web-shooters in almost all of his adventures and fights. These web-shooters were made non-lethal that criminals can’t use as weapons. It also maintained the morality of Spider-Man, fighting with villains without killing them.

In the Spectacular Spider-Man, Peter Parker’s version got the ability to generate webs from his hands. Peter adopted the additional powers of the spider as a side effect of meeting with the queen. The glands in Peter’s writs had similar features to the mechanical web-shooters. However, it became a topic of controversy and was swiped off from the storyline of Spider-Man.

The concept of organic web-shooters originated from the Spider-Man movie of James Cameron, which might be used as a metaphor for puberty.

Marvel Comic fans were not happy with the change in the ideas of Stan Lee. The fans created a website to prevent spiders man from using organic web-shooters.

However, Raimi’s idea was depicted excitingly and fulfilled his goal of giving significant importance to the natural evolution of Peter Parker, Spider-Man.

However, Tom Holland shares some different views on the web-shooters. He states that the web shooter design in The Amazing Spider-Man series is unrealistic, where his version was updated and modified by Tony Stark.

Holland gives everyone a perspective yet another point in consideration. The authenticity of Spider-Man is not based on the design of web-shooters but the abilities and personality of Spider-Man.