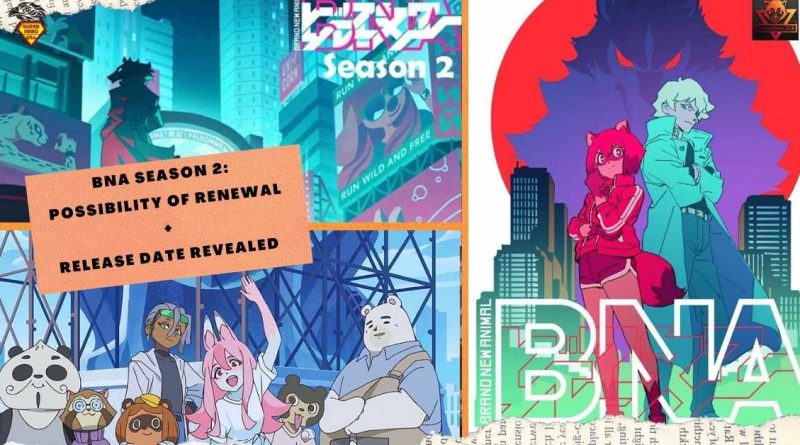 BNA season 2 is amongst the many demands from Netflix

Brand new animal is the latest in what feels like a series of media analyzing societal issues regarding race through the use of anthropomorphic animals.

The show s’ premise is set in a fictional city called Anima that houses a power struggle between the Beastman and the human race who reside on the surface, primarily in Japan.

Beastman are humanoid animals who have been turned into beasts due to a DNA alteration called Beat Factor. IN an attempt to keep the Beastman from being treated as lower members of society, mayor Barballet Rosé created and founded the city.

It becomes quickly available to the beastman and gets inhabited by most species worldwide, including mammalian Beastman, bird Beastman, and even amphibian Beastman. This beast society acts similarly to our own, albeit with some complications.

The plot follows Michiru Kagemori, a human turned into a raccoon dog who finds a safe place in Anima city after many human encounters. In the city, she meets a wolf Shirou Ogami, the sworn protector of Anima city from the human race.

Michiru and Ogami witness a bombing in the city and begin pursuing the criminal behind it. Ogami s’ past is related to her present superpowers, but Michiru feels it can be the solution to turning himself back to his human form.

Overall, this world is wild and crazy, which fits well with the animalistic themes and the personality of our favorite Tanuki girl and the rest of the cast.

The first season of Brand New Animal was a relative success as fans enjoyed the unique character and setting and the portrayal of some real-world issues.As a result, BNA season 2 has been in high demand but will it happen any soon, keep scrolling to find out more.

WHAT IS THE BNA SEASON 2 RELEASE DATE?

As of writing, neither Netflix nor Studio Trigger have confirmed the renewal status of Brand New Animal for a second season.

Studio Trigger is famed for series like Kill a Kill, Little Witch Academia, and SSSS.Gridman. Looking at their release schedule since BNA premiered in 2020, only a sequel to SSSS.Gridman titled SSSS.Dynazenon has been released.

Furthermore, Delicious in Dungeon and Panty & Stocking with Garterbelt is two series scheduled for future releases. Hence, a BNA season 2 is unlikely to happen anytime soon.

But that doesn’t mean the anime is cancelled as, more often than not, studios and streaming platforms look at different viewer and financial metrics before announcing a renewal.

So, if a second season does get renewed, we can expect a Bna season 2 trailer to drop in the early 2023 and the Bna season 2 release date to be confirmed as summer 2023.

Brand New Animal manga is written and illustrated by Asano. It began serialization in Jump web magazine on 29th May 2020. The manga’s first volume will be released on 16th September 2022.

In the final episode of season one, “Anima City,” Shirou returns to a human state after biting Michiru. The mayor finds out that the blood of Michiru and Nazanu can be used to curb the Beastman instincts and cure Nirvasyl Syndrome.

On the other side, Prime Minister Shiramizu is informed about the plan to eliminate Beastman through Alan.

Alan is confronted by Michiru and Shirou, and Alan informs how he is a pure bread Beastman while others are hybrid.

Michiru asks Nazanu to broadcast to howl, which can stop the rampage in the city but Alan attacks and tries to stop them.

As the conspiracy starts unveiling, and the episode ends with Mayor Rose finding a solution between the humans and Beastman by opening up Anima city.

Bna season 2’s plot is difficult to predict since the series is an original creation and doesn’t have source material. However, a few questions would need addressing in the second season.

Firstly, many viewers would like to know the history of the Beastman as season one only gives us a brief introduction. Details like the strongest Beastman and the first-ever Beastman could be interesting plot points.

The Michiru-Shirou shipping was prevalent in season one, and fans would be curious to know their status in Bna season 2.Villains like Boris are yet to be developed completely, and we can expect him to be a central character in season two.

Michiru has been getting a hold of the powers, and as her capabilities increase, she gets powerful. Season two should explore the idea of whether Michiru will remain a beastman or not.

Finally, season one ended with Alan betraying Rose and the anima city, thus destroying the relationship with the humans. Bna season 2 can pick up by explaining the consequences of Alan s’ actions and how Beastman moves forward with humans.

WHY YOU SHOULD WATCH BRAND NEW ANIMAL

Movies like Zootopia are amongst the most recent examples of animals used as social commentary. But this concept is nothing new as animals have been commonly used throughout decades of media to convey complex ideas in a more easily digestible framework.

Animals and nature are presumed to operate under a simplified order portrayed famously in the lion king as the circle of life.

Most things in nature are seen as pretty black and white there are predators in prey, and we understand their motivations and evolution based on these archetypes.

The simplicity of these inherent traits makes them easily applicable to various forms of ideological commentary. Using animals in media can help us explore complex concepts, such as humans may have specific instinctual characteristics that we do not fully understand.

Without the inherent prejudice that any particular culture is the hero or the victim, the Disney films zootopia and BNA both use a similar framework for their social commentary.

Each takes place in a world populated solely by anthropomorphic animals, and both use the archetypes of predator and prey to address racial dynamics.

The central thematic question of both works being can predator and prey peacefully coexist in a social chasm that resembles human society while retaining their instinctual urges.

The media create interesting scenarios for the audience to project their understandings of society onto and point out problems and fallacies that can arise when human logic is viewed from another perspective. While using a similar setting and character aesthetics to the aforementioned media, Brand New Animal takes a fundamentally different approach to its societal themes.

The world of Bna consists of humans and Beastman cohabitating on the same planet. It scraps the predator and preys racial dynamic in favor of a human-animal dynamic, taking a new approach to its racial themes.

The central question is if humanity and Beastman shared the same planet, how might they coexist?

You can find the list of Brand New Animal characters and voice cast below:

Netflix should start polls for anime renewals; if so, Bna season 2 would be pretty high on that list. 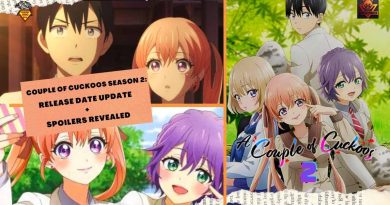