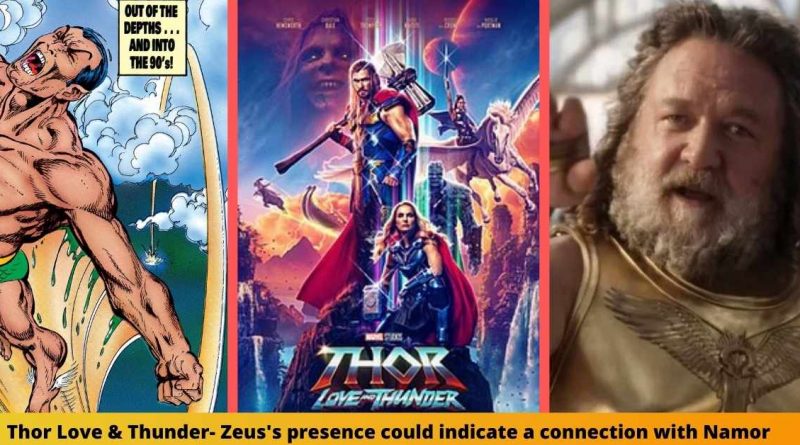 Thor Love & Thunder trailer was released on April 18. In it, we saw Zeus, who hinted at a secret connection to Namor and Atlantis ahead of Wakanda Forever.

Thor Love & Thunder are all set to release on July 8 this year. The movie will introduce Zeus and the Olympians, a connection with Gorr the God Butcher. But that’s not all; it also hints toward a connection with Namor, who, according to comic books, is the Sub-Mariner.

All Sub-Contents hide
1 Who is Namor in Thor 4?
1.1 Also Read: Could Thor Love & Thunder be suggesting Thor Death?
2 Namor and Atlantis connection in Thor 4
3 Zeus and his presence in the Marvel Universe
4 Conclusion

Namor is a Sub-Mariner; besides that, much information is available about him. He is the hot-tempered current ruler of Atlantis. He was introduced in Marvel Comics for decades, eight to be precise.

Mamor’s first appearance was in Motion Picture Funnies Weekly 1, and he was more a part of Marvel Comics when the first Masked Raider and Human Torch were popular. Many times Namor is called the first Mutant of Marvel; not only that, he has served alongside the Avengers, X-Men, Illuminati, Fantastic Four, Defenders, and Invaders.

Namor is rumored to debut in the MCU through Black Panther Wakanda Forever. However, a link between Olympus and Atlantis can be established, which can be connected to Thor Love & Thunder.

Namor and Atlantis connection in Thor 4

A solo film for Namor and his story has been ‘under development’ at Universal Pictures, but the next best thing is happening for him soon. As discussed above, Namor will debut in Black Panther Wakanda Forever. But can Marvel introduce a character out of the blue? Does not seem unlike them.

Although if Marvel Studios wants to introduce the ruler of Atlantis and make the audience used to the idea of having him around, the best way is to introduce him to the most awaited movie of the year- Thor Love & Thunder.

Namor is not only a new anti-hero that Marvel is planning on bringing to the screens, but he is a huge threat to DC and its upcoming movie- Aquaman and the Lost Kingdom.

Marvel Studios can follow the path already paved for them through comic books and a connection between Atlantis and Olympus. According to The Incredible Hercules vol 123, Atlas was “damned to keep the heavens skyward” in the Atlantic Ocean’s center after the war between the Titans and the Greek Gods.

The place where Atlantis once stood strong, submerged in the depth of the Atlantic Ocean. Even the name Atlantic means the “Isle of Atlas.”

The hints that have led us to believe that Namor can make his debut in 2 are small but noticeable, like the crew hat showing- Tepeyollotl, the Aztec Jaguar God. If Namor debuts through Black Panther, we can see Attuma, the warlord, as he is his sworn enemy to Namor.

One more theory can be that Gorr the God Butcher will try to go after Atlantean gods, suggesting a team-up between Thor and Namor.

Zeus and his presence in the Marvel Universe

Zeus God has been a part of MCU for a long period. According to ancient Greek mythology, Zeus is considered the God of Sky, the king, protector, and father (maker) of all gods and humans.

As for Zeus’s character in Marvel, he made his debut in Venus volume 5. He is the ‘King of Gods’ and has made appearances alongside Thor or Hercules in comic books, recent comics of Guardians of the Galaxy and Avengers also showed him.

Knowing Marvel, they will attempt to show the upcoming movie and show hints in their current movie, a tradition of Marvel. They have hinted at Namor and Atlantis a few times in the MCU. For instance, in Iron Man 2, Atlantis is depicted on a map, and Okoye is suspicious of underwater earthquakes off the coast of Africa in Avengers: Endgame.

If Zeus mentions the origins of Olympus and its connection to Atlantis, it could be something to get excited over. Marvel knows very well how far the fans can go while making up theories about the what-ifs, so they continue to provide them with content to mull over.

Providing more clues to the fans of Marvel about Namor and his anticipated debut in the upcoming movies is an easy task. As per the trailer, it can be guessed that Zeus and Olympus are going to have a significant role in the storyline of Thor Love & Thunder.

As the origin of Atlantis has a connection with the Olympus, it would be an easy task for Marvel to get the audience interested in Nomar, the Sub-Mariner, before Black Panther Wakanda Forever. 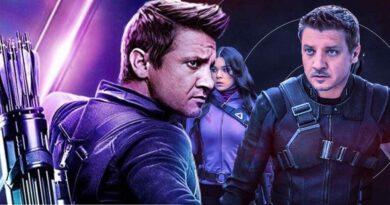 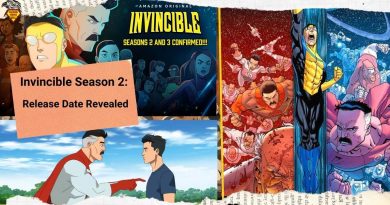